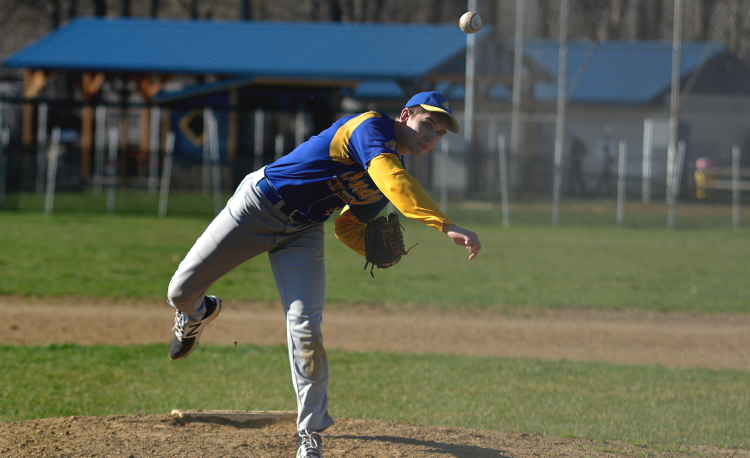 Independence scored five runs in the top of the sixth inning and went on to beat host Berkshire on Thursday, 7-2.

The win was the fourth straight for the Blue Devils, who improved to 5-5 overall and 3-4 in the Chagrin Valley Conference Valley Division.

“It was a good, competitive game and we had one good inning,” Independence coach Jim Crooks said. “Fortunately, that was all we needed.”

Independence took a 1-0 lead in the top of the third when Connor Blum singled with two outs and scored on Jordan Mallernee’s double.

Berkshire came right back with two runs in the bottom half of the inning.

Bobby Czekaj singled and after stealing his way to third, he scored when Peter Brent reached on a dropped third strike. Three straight walks forced in another run to give the Badgers a 2-1 lead.

Jamie McMahon struggled to find the strike zone in that inning but he picked up the win for the Blue Devils after allowing just the two runs on four hits and fanning nine in five innings of work.

“He has the potential to dominate every game,” Crooks said. “He’s going to get better every outing and he had a good performance tonight.”

After recovering from a shoulder injury, McMahon saw his first action on the mound last week when he threw three innings against Trinity.

The five-inning outing was his longest of the season.

“I felt stronger as the game went on with both my mechanics and velocity,” McMahon said. “I was able to work my fastball around the zone.”

Brad Watroba’s leadoff double in the top of the fifth led to the game-tying run when Sam Belitz singled.

The Blue Devils broke the game open in the next inning.

McMahon was hit by a pitch to put a runner on first with no outs and Nick Rossi and Kevin Mooney both hit one-out singles to load the bases.

Watroba then laid down a bunt and beat the throw.

“He started off that (fifth) inning with a key double and in the next inning he laid down a bunt for a single with the bases loaded,” Crooks said of Watroba. “He had a great offensive game for us.”

Belitz and Blum then reached on errors to push in the final run of the game.

“The ball definitely bounced our way that inning,” Crooks said. “We put together some hard hits, we played a little bit of small baseball and capitalized on a couple of mistakes. In league competition, that’s going to make the difference.”

Belitz, who set the Badgers down in order in the sixth, hit a batter and walked another in the seventh but pitched out of that jam to seal Independence’s win.

Belitz, Bloom, Rossi and Watroba each finished with two hits for the Blue Devils.

Czekaj led Berkshire with a pair of hits and Andy McKinney drew three walks in the game.