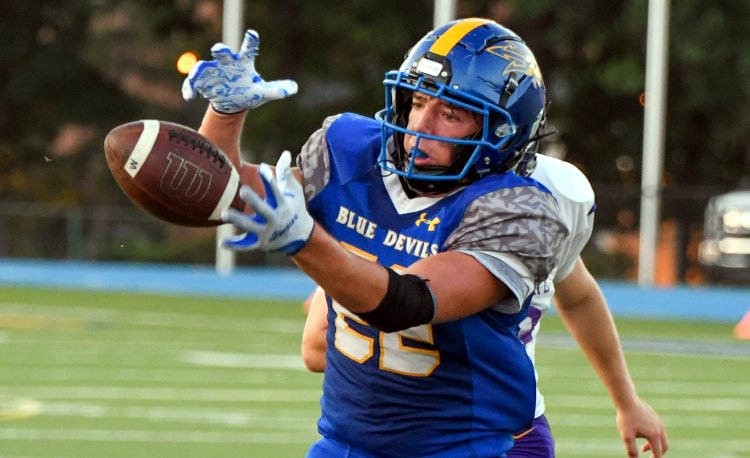 All statistics incurred during the week ending Sunday, September 26. 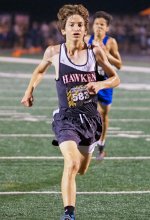 Name: Sam Cohen
School: Hawken
Grade: 10
Stats: Finished second at the Cardinal Invitational with a time of 16:44, smashing his PR set on the same course by 63 seconds
Coach’s Quote: “Since his freshman year, I have always told Sam that he has unlimited potential as an athlete,” said Hawken coach Jessica Lariccia. “Many people started noticing Sam as a runner during his freshman track season. He was a stud 3200-meter runner. Saturday’s race took him to a whole new level of performance. Through his determination and ability to continue to improve, he was able to help his team place first at the race. Sam truly is a beast of a runner. I am so proud of him.” 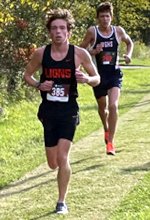 Name: Brian Gent
School: Orange
Grade: 11
Stats: Finished eighth at the Cardinal Invitational with a time of 17:16
Coach’s Quote: “Brian has been working hard to improve his race strategy this season and it’s paying off,” said Orange coach Rachel Frutkin. “Brian finished in 17:16, placing eighth overall, and led the team to fifth place at the Cardinal Invitational. He’s an invaluable leader and our up-and-coming runners have been able to learn a lot from him this season.” 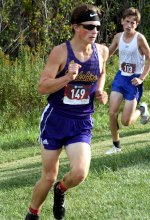 Name: Lucas Leggett
School: Berkshire
Grade: 12
Stats: Ran a personal best time of 17:43 to finish as the CVC Valley Division’s second-fastest runner at the Cardinal Invitational
Coach’s Quote: “He came off of being sick and a bad race at Boardman and went for the win against (David) Steimle from Grand Valley,” said Berkshire coach David Kindall. “He got out hard and went through the mile mark faster than he has before and set a 5k PR in the process. He’s continuing to drop times, even during our hardest weeks, and is priming for the postseason.” 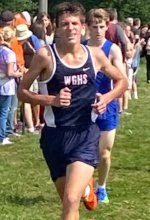 Name: Chris Whiting
School: West Geauga
Grade: 11
Stats: Finished fifth at the Cardinal Invitational with a time of 17:05
Coach’s Quote: “Chris has been running varsity since day one of his freshman year,” said West Geauga coach John Boylan. “He has become one of the keys to the success that West Geauga has been experiencing lately.” 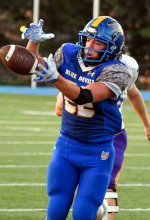 Name: Rory Corrigan
School: Independence
Grade: 11
Stats: Carried 18 times for 166 yards and caught five passes for 96 yards and a touchdown
Coach’s Quote: “Rory was the heart and soul in our win over Trinity on Saturday night,” said Independence coach Rick Adams. “He had his best game running the ball and receiving this season.” 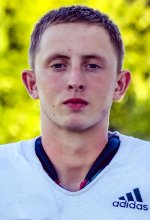 Name: Evan Daniels
School: Crestwood
Grade: 12
Stats: Completed 16-of-22 passes for 278 yards and four touchdowns; recorded four tackles, including one for a loss, and returned an interception for another score
Coach’s Quote: “Evan’s performance on Friday night is one of the best overall games I’ve seen from a high school football player on both sides of the ball,” said Crestwood coach Jack D’Amato. “His vision from the QB spot is unbelievable and that resulted in six players with catches. His vision also translated on the defensive side this week as well as he read the QB’s eyes and intercepted his pass and ran it back for a touchdown.” 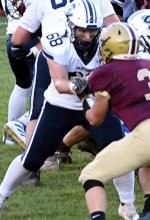 Name: D.J. Webb
School: Grand Valley
Grade: 12
Stats: 100-percent blocking efficiency with six knockdowns; Recorded one sacks with two tackles for a loss and a forced fumble on defense
Coach’s Quote: “D.J. had his best game offensively and defensively and was a big part of our offense establishing a run game,” said Grand Valley coach Clinton Nims. “D.J. has improved each week since selflessly making the switch to the offensive line during camp. D.J. continues to be a leader on the field and in the classroom.” 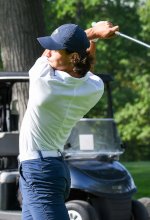 Name: Victor Alfieri
School: Kirtland
Grade: 12
Stats: Shot a 75 to claim medalist honors at the CVC tournament; also earned the conference’s MVP award and averaged 39.8 strokes per nine holes
Coach’s Quote: “This is quite an accomplishment considering the competition level in the conference,” said Kirtland coach Sam Kless. “Victor was steady and produced every match throughout the season. He definitely has the talent and work ethic to play in college.” 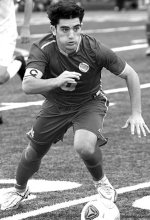 Name: Jackson Goldberg
School: Hawken
Grade: 12
Stats: Scored two goals in one game
Coach’s Quote: “Jackson Goldberg always scores in big games, because he is big game player,” said Hawken coach Vlad Muresan. “He scored two brilliant one-touch finishes against Gilmour to set us up for an important win. He has scored over 30 goals in his career at Hawken and his most important goals are still to come.” 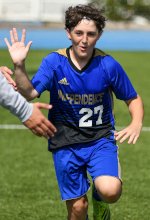 Name: Khalil McDonald
School: Independence
Grade: 10
Stats: Scored two goals in two matches, including a game-winner
Coach’s Quote: “Khalil scored two big goals this week, one against Andrews-Osborne for the win away and the other to tie against Holy Name,” said Independence coach Ryan MacRaild. “He came up big in both situations with a calm finish and an accurate shot. He has been our most consistent player this season on both sides of the ball.” 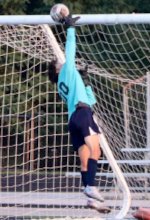 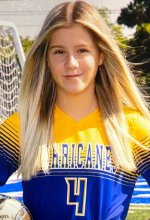 Name: Emily Gerry
School: Brooklyn
Grade: 12
Stats: Scored four goals with one assist
Coach’s Quote: “Emily is a senior and tri-captain who helped secure two wins for the Lady Hurricanes this week,” said Brooklyn coach Alison Rafter. “Emily has done a great job for us this season as our attacking center midfielder. She has created situations on the field that have helped our forwards score goals and put us at our current record of 8-1-1. Emily is a very skilled and dedicated player with a great work ethic, always focused on being the best she can be while supporting her teammates on and off the field.” 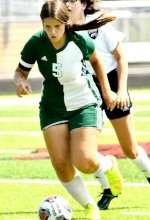 Name: Grace Stein
School: Lakeside
Grade: 11
Stats: Assisted on three goals in a win over Euclid
Coach’s Quote: “Grace excelled at corner kick placement on Saturday in the 3-0 win over Euclid,” said Lakeside coach Angelo Velotta. “Her passing set us up for success to score goals.” 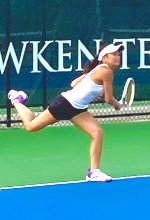 Name: Bella Hsieh
School: Hawken
Grade: 9
Stats: Won the third singles title at the CVC championships
Coach’s Quote: “Bella dominated the third singles flight at the CVC tournament, only dropping two games in the entire event,” said Hawken coach Brian Smallwood. “Bella has delivered all season in conference matches and has been an incredible asset to the team.” 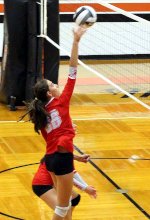 Name: Emily Monachino
School: Hawken
Grade: 9
Stats: Recorded 18 kills, 21 assists, 20 digs, and six aces
Coach’s Quote: “Emily has come into our program like a quiet storm,” said Hawken coach Patty Hace. “As a freshman playing in a setter and right side position, she has brought poise, confidence, and a few dance moves to our court this year. Her consistency has been vital to our winning streak, and she has stepped up in big ways during our victories vs. both Laurel and Lakeside. We’re excited to see what more she has in store for us as we head into some solid conference play in the coming week.”