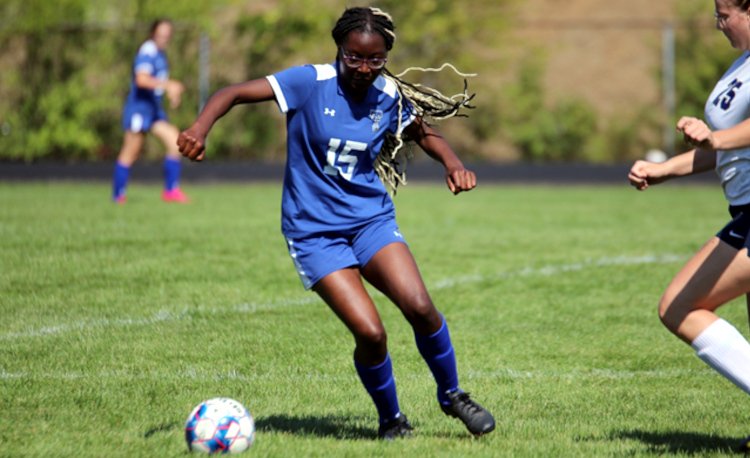 All statistics incurred during the week ending Sunday, September 12. 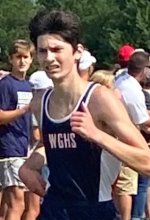 Name: Matt Dienes
School: West Geauga
Grade: 10
Stats: Finished ninth at Walsh Jesuit with a time of 17:37
Coach’s Quote: “Matt ran a personal best at Walsh breaking 18:00 minutes for the first time in his career,” said West Geauga coach John Boylan. “Only a sophomore, the future looks very promising and I look forward to watching Matt improve and get better each week.” 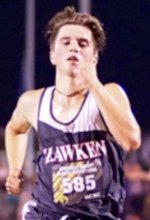 Name: Nick Garcia-Whitko
School: Hawken
Grade: 10
Stats: Won the Pat Ritchie Invitational with a time of 16:23
Coach’s Quote: “Nick leads his Hawken team with a stellar performance this season already,” said Hawken coach Jessica Lariccia. “He is only a sophomore but shows so much talent and grit every weekend in his races. As a dual-sport athlete, he shares his time with cross country and soccer and is proving to do a great job of balancing both sports with the help of his parents and soccer coach, Vlad Muresan. He took off 40 seconds from his last year’s PR and ran a 16:16.95 at the Mentor Cardinal Classic two weekends ago. As his coach, it is very exciting to see how he continues to grow as an elite high school athlete.” 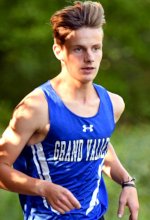 Name: David Steimle
School: Grand Valley
Grade: 11
Stats: Won two-mile race at Kirtland to lead Grand Valley to its first team win in five years; second at the Ray Sweeney Invitational with a time of 17:42
Coach’s Quote: “David is a consistent leader for us and has been in the top two of every race this season,” said Grand Valley coach Kurtis Fisher. “He is a great leader by example and his performances are helping to drive his teammates to success as well. He led the two-mile race from start to finish and was in a two-person race the entire race at Champion.” 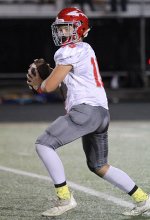 Name: Tony Hall
School: Edgewood
Grade: 10
Stats: Completed 16-of-22 passes for 207 yards and four touchdowns
Coach’s Quote: “In his first career start, Tony showed that the moment wasn’t too big for him,” said Edgewood coach Olajuwon Cooper. “Tony does a great job of preparing every single day to be ready to play at a high level. He’s a great young leader, with a very bright future on and off the field.” 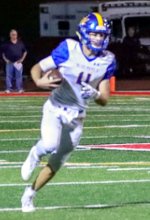 Name: Michael Tommer
School: Independence
Grade: 12
Stats: Completed 11-of-17 passes for 184 yards and two touchdowns; ran 15 times for 140 yards and a score
Coach’s Quote: “Michael was a key part of our win Friday night,” said Independence coach Rick Adams. “He managed the game very well, he didn’t force any throws, and made plays when the opportunities arose.” 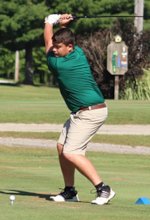 Name: Zack Palmer
School: Lakeside
Grade: 10
Stats: Shot a 44 and a 40 in two matches
Coach’s Quote: “Zack posted or tied for the low score in both of our matches this past week, with a 44 versus Harvey and a personal best 40 at Cardinal,” said Lakeside coach Andy Kiphart. “Zack is a golf junkie who can’t get enough of the golf course. He has led our team from the No. 1 position for the last two years.” 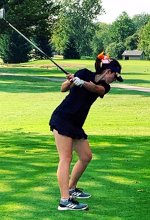 Name: Kerry Kelly
School: Orange
Grade: 12
Stats: Finished ninth at the CVC tournament and shot a 41 in a dual
Coach’s Quote: “Kerry has been a great leader all year to our team,” said Orange coach Adam Kriwinsky. “She always gives her best effort and continues to improve her game.” 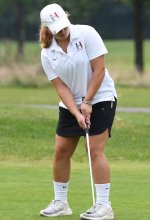 Name: Julianna Pollard
School: Hawken
Grade: 12
Stats: Shot 42, 43, and 47 in three matches
Coach’s Quote: “Julianna had a fantastic week to lead her team past league-leading Chagrin and Independence,” said Hawken coach Jennifer Creech. “As the lone senior, she is a leader that all her teammates respect. She is so fun to coach and have enjoyed watching her improve the last few years. We celebrated her this week against Cuyahoga Heights with ‘Senior Night.’” 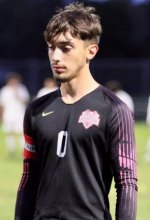 Name: Ty Vencill
School: Edgewood
Grade: 11
Stats: Recorded 25 saves in a 1-0 loss to Harvey
Coach’s Quote: “Ty is an extremely competitive person,” said Edgewood coach Greg Myers. “He consistently works very hard to hone his craft and it showed Thursday night. Ty had 25 saves against Harvey and time and time again he showed up in a big way for his team. He is a captain on our squad and proved that great players play great when called upon.” 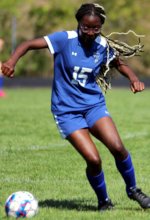 Name: Bianca Brown
School: Trinity
Grade: 11
Stats: Scored one goal in a win over Garfield Heights
Coach’s Quote: “Bianca’s performance in Trinity’s game against Garfield Heights was outstanding,” said Trinity assistant coach Shae Ferguson. “She worked hard to be in the right place to win the ball and keep possession. Bianca’s hard work led to her first goal of the season, and boosted the Trojan’s lead against the Bulldogs.” 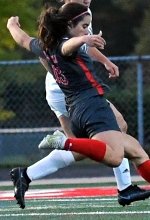 Name: Carmen Cicerini
School: Hawken
Grade: 11
Stats: Scored three goals in two matches
Coach’s Quote: “Carmen’s speed up top, combined with her endless effort, helps us to create chances where other players might see none,” said Hawken coach Heidi Wilbrandt. “Her ability to track down opponents, win back balls, and finish her attempts makes her both a dangerous and dynamic player. Her three goals in two games against talented teams were a result of her hard work and tempo-setting on offense.” 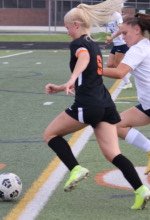 Name: Sydney Sarver
School: Orange
Grade: 12
Stats: Scored four goals in a 6-4 win
Coach’s Quote: “Syd had four excellent goals and was able to influence the game tremendously,” said Orange coach Dani Giulvezan. “She is quick up top and provides a challenge for our opponents.” 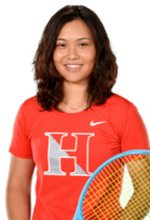 Name: Eliana Yang
School: Hawken
Grade: 11
Stats: 2-0 on the week with 6-1, 6-0 and 6-0, 6-0 wins
Coach’s Quote: “As a co-captain this year, Eliana has been very consistent with her lockdown on opponents,” said Hawken coach Brian Smallwood. “The variety of her game allows her to move players around the court and her confidence as a third-year varsity player allows her leadership skills to lead our team to a potential conference championship.” 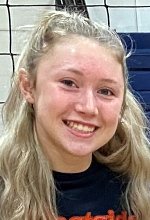 Name: Kaitlyn Danszczak
School: West Geauga
Grade: 11
Stats: Recorded 35 kills, seven aces, and 21 digs in three matches
Coach’s Quote: “Kaitlyn is an outstanding player,” said West Geauga coach Amber Baker. “She can play well from anywhere on the court. With her vertical and quick swing, she can hang with anyone. (With) 84 kills in nine matches, Kaitlyn is dominating the outside in the CVC.” 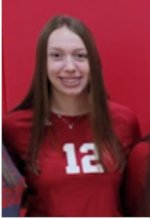 Name: Brooke Richmond
School: Geneva
Grade: 10
Stats: Recorded 20 assists, 13 service aces, and five kills in three matches
Coach’s Quote: “Brooke is our lead-off server and she sets the tone for the match,” said Geneva coach Annah Haeseler. “Her serves are tough and consistent. She is one of our setters and our middle blocker too. Thirteen ace serves in three matches is something to be proud of. Keep working hard and leading the way.”