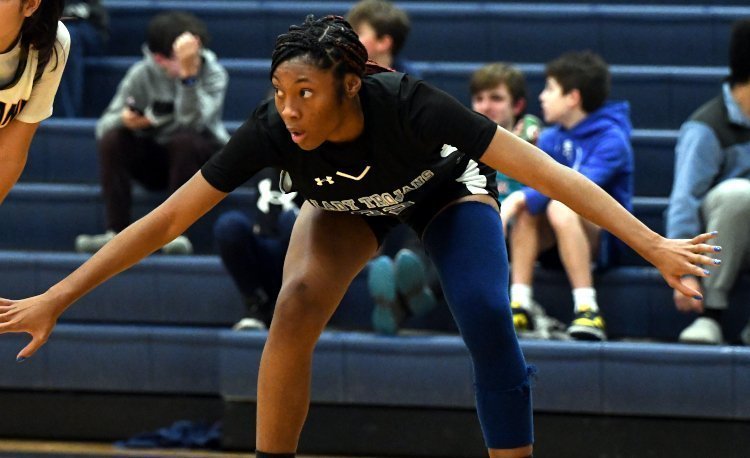 The Trojans, who improved to 19-3 overall and advanced to play Waynedale in Saturday’s district championship game, rallied from a first-quarter deficit to lead at halftime, 21-17, and then used a stifling defense in the second half to hold off the Bobcats.

“That’s a good team and the league that they’re in is really good, and their coach, Dan Brown, he’s an excellent coach,” said Trinity coach Kevin McNamara. “He just knows what he’s doing and puts good effort into it.”

Norwayne went 6-for-6 from the free throw line in the first quarter in building its 14-11 lead but Trinity’s defense locked in during the second quarter and held the Bobcats to just one 3-pointer.

“They went about seven minutes without scoring,” McNamara said. “They were up after the first and then we just got locked in. They had one possession where they had it for about a minute and a half. They were moving the ball around and trying to get a score but we were just locked in. We were able to maintain our pressure and went into the half with a little bit of momentum and everybody in relatively good shape foul-wise.”

Mahogany Cottingham, who led the Trojans with a game-high 23 points, set the tone in the third quarter with an early 3-pointer and three other field goals as Trinity pushed its lead to 34-23 heading into the final eight minutes.

The Bobcats made a run at Trinity in the fourth but their deficit was too much to overcome.

The Trojans will once again compete against a team from Wayne County on Saturday. Waynedale closed out the regular season ranked third in the final state AP Poll. The Golden Bears enter the game 23-0 after beating Fairless in the other district semifinal, 40-24.

Trinity will prepare for its district championship game the same way it has all season long.

“I think it’s the same,” McNamara said of his approach to the district final. “I always preach to the girls that we didn’t come this far just to get this far. We want teams to play and make adjustments to us. We’re going to lock in and see what happens.”