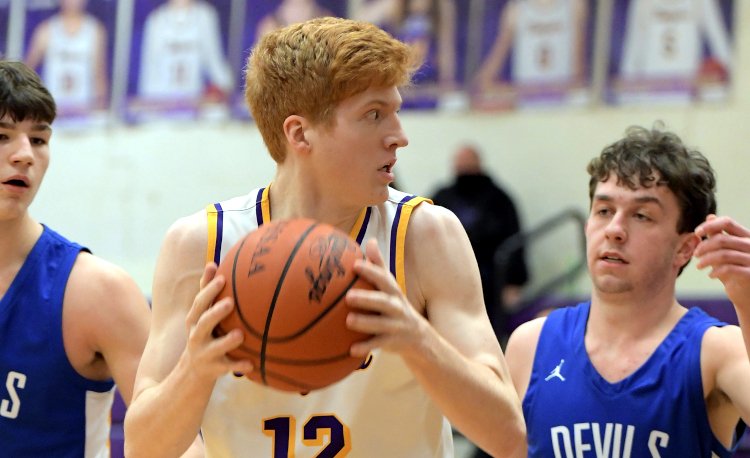 Berkshire head coach Ryan Dickard hopes his balanced roster will help the Badgers to overcome their inexperience this season.

The Badgers, who finished 9-9 overall last season and 2-3 in the Chagrin Valley Conference Valley Division, return just one starter but do have five others with varsity experience on the roster.

“We have six to seven players that can score double-digits in a game and nine to 10 players overall that should see consistent playing time,” said Dickard, who is in his fourth year at the school. “We plan on utilizing a deep bench to keep our guys fresh throughout games and throughout the season.”

Dickard has been pleased with the effort and energy his players have brought to the court during the preseason and he’s looking forward to seeing how they develop throughout the year.

“I love the energy and competitive spirit,” he said. “We are fairly inexperienced, but a lot of players did get some varsity time in fill-in roles last year. We will have to get our guys who have just a little experience acclimated to the speed of varsity on a regular basis.”

“He was our most consistent player last year and just a composed player,” Dickard said. “We are looking for his leadership.”

Bryndal is a 6-foot-3 center who will provide the Badgers with a bit more size in the paint than they’re used to having. Czekaj is a 5-foot-10 guard/wing.

“(Ethan) provides real size and a post presence for the first time in a long time. He shows good touch, hands, and shooting ability on the floor,” Dickard said. “(Czekaj) is a good multi-sport athlete who came off the bench at the start of last season and worked his way into a starting spot towards the end of the year. He is a capable scorer who showed flashes last year and one that we are looking to provide stability in whatever role we ask of him game in and game out.”

Mendolera is a 5-foot-10 guard/wing who averaged six points and three rebounds per game last winter. Miller is a 5-foot-9 guard.

“(Mendolera) started the season coming off the bench, but worked his way into the starting lineup towards the end of the year. He is capable of quickly putting up points in bunches and is intelligent with how he processes the game. He proved his clutch mentality on a game-winner against Crestwood in the sectional tournament,” Dickard said. “Miles will take over at the point this season. We need his playmaking and shot-making abilities to lead us on offense. He has loads of potential whose greatest attribute is how competitive he is and his overall instincts and court vision he has for the game.”

“Jack took a year off last year for personal reasons but got some varsity experience his sophomore year. He is a good athlete that competes like crazy and has a knack for putting the ball in the basket. We are excited to have him back and look forward to having him contribute,” Dickard said. “Vince has had a good offseason. He is a great 3-point shooter who provides spacing on the offensive side of the ball. Defensively, he is a long and active defender who covers a lot of space.”

“Alec is great at creating his own shot and has good hands-on defense. He will come off the bench and be in the guard rotation,” Dickard said. “Apollo is coming off a sensational year on the pitch. He is a tenacious rebounder and physical basketball player on the court.”

“Jack is one of our most explosive players,” Dickard said. “He is coming off an injury during football so he will start the season getting to sports shape. He is a talented individual who is just scratching the surface on what he is capable of.”

Berkshire may be short on varsity experience, but Dickard believes the Badgers have the right pieces to achieve their goals this season.

To do that, it will take a complete team effort.

“We will need the right people to take the various shots we will get,” Dickard said. “We will also need to gang rebound and have all five guys helping out on the boards. Playing hard and competing on each possession will go a long way towards determining the outcome of each game.”