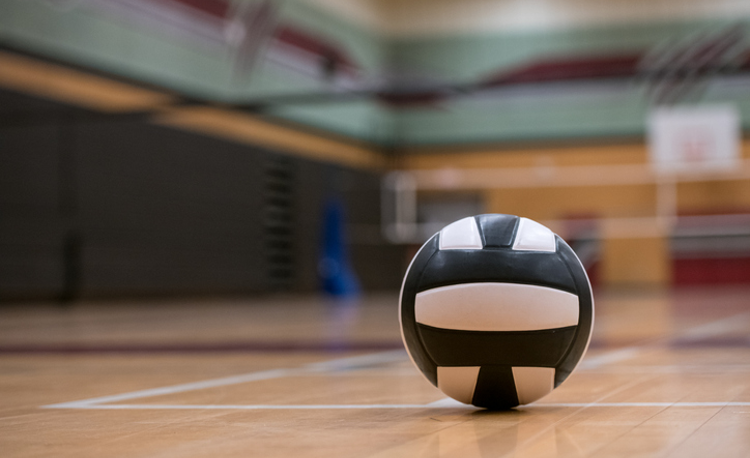 ROCKY RIVER—While this is the beginning of uncharted territory for the Chagrin Valley Conference, that doesn’t mean the past completely disappears.

Saturday’s crossover volleyball match between visiting Beachwood and newcomer Lutheran West involved a bit of turnaround from last year when the teams met in a non-conference outing. Boasting nine seniors, the Longhorns won that match on the way to a 15-9 record and the No. 4 seed in their district tournament.

But that was last year.

This year it is the Bison who feature the veteran lineup, and it showed as Beachwood swept its way past Lutheran West in the season-opener for both teams, 25-18, 25-20, 25-18, giving the Longhorns a rude welcome to the CVC.

With the CVC expanding this year, there are now four divisions in volleyball. Beachwood will be competing with Chagrin Falls, Hawken, Orange and West Geauga in the Chagrin Division, while Lutheran West will compete in the Metro Division with Brooklyn, Cuyahoga Heights, Independence, Richmond Heights and Trinity in the Metro Division. Crossover matches do not count in the conference standings.

“We have six seniors on the squad who have been playing together since middle school,” Beachwood coach Tiffany McFarland said. “They work well together. They get along together. They have great chemistry. They know each other on the floor.”

While the six seniors were the glue, junior Kyimani Miller was the standout player for Beachwood. She led the way with six kills and six aces.

“Kyimani Miller had an outstanding match, especially at the net and with her serves and aces and passing,” McFarland said. “I think she played an all-around great game.”

Beachwood led for most of the match, and Miller played a big part in that. In the second set, she had two aces as the Bison turned a 2-2 tie into a 9-3 lead. Lutheran West got no closer than three points for the remainder of the set. The third set was much the same, as Miller had three aces to turn a 3-1 deficit into a 9-3 lead.

“My serve was on—way on,” Miller said. “Better than anything I’ve ever done. I was really focused today. I didn’t look over into the stands. I was really into the game today.”

The six seniors for Beachwood are Kamryn Clark, Aaliyah Larry-Mitchell, Nicole Petty, Cassidy Gilliam, Erion Gibson and Kayla Williams. Gilliam, the setter, led the team with 21 assists, while Petty led the way with 21 digs from her libero position.

Meanwhile, the hosts struggled from the outset, falling behind, 5-0 and 7-1 in the first set and never really catching up.

The stats bear out the team’s youth, as each statistical leader was an 11th-grader. Lauren Kucharski led all players with 11 kills, followed by Hope Kiraly with eight. Setter Sarah McLeeson had 16 assists, libero Talia Felton had 12 digs, and Ariana Laurie had two aces.

After never leading in the first two sets, the Longhorns showed some life to start the third, taking their first lead of the match at 1-0 and then building it to 3-1. But that’s when Miller took over the serve for Beachwood and the errors started cropping up again for Lutheran West.

“We played from behind the entire day,” Schaef said. “There were just too many unforced errors. Too many missed serves. A lot of errors in the first two sets. The third set we started to string things together, but once we did that, we started to miss serves.”

But Schaef remains upbeat about the season. Lutheran West was one of the more successful programs in the Patriot Athletic Conference, and with that success comes a reputation.

“There’s a certain expectation, considering we were usually among the favorites in our old conference,” he said. “I anticipate that in a matter of time we’ll get that reputation in the CVC as well. They’re an energetic group. They didn’t break down on each other. They’re a nice collective group. We’ll work through this.”