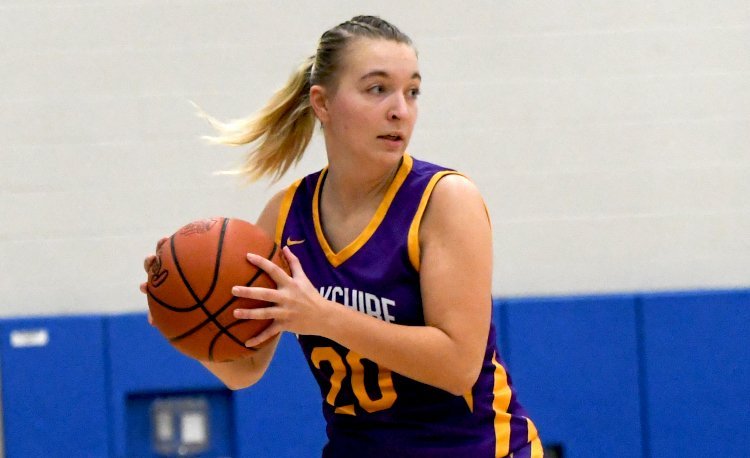 Berkshire used a 32-23 win at Crestwood on Tuesday to remain undefeated in the Chagrin Valley Conference Valley Division.

With the win, the Badgers improved to 3-3 overall and 3-0 in league play.

“It’s always tough to win on the road and Crestwood is young, but very well-coached, so to get this win tonight is going to help us as we move onto Lutheran West Friday night,” said Berkshire coach James Bosley. “We handled some adversity and that is always going to help down the road.”

The Badgers used an early third-quarter run to pull ahead of the Red Devils.

Maddy Triskett scored six of her team-high 13 points during that stretch.

The Badgers then rode their defense to the win.

“It was another defensive performance by the girls,” Bosley said. “They have done a great job this season of listening to coaching adjustments and just playing together.”

“Caroline had a great all-around game,” Bosley said. “Not only did she help contain Hannah Ward to only three points, but Caroline had four steals and three assists. She has been really good the last couple games of getting the ball to her teammates in scoring situations. In the fourth quarter, Hayley Stoddard stepped up and scored some big baskets to help us open the scoring gap up more.”