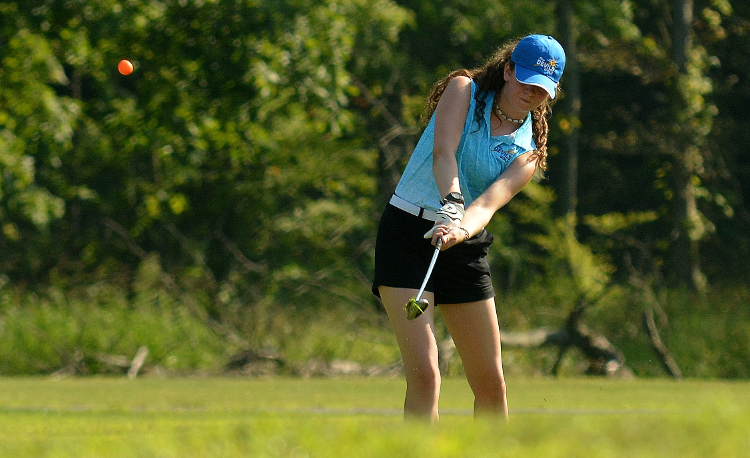 “It all starts with consistency,” Independence coach Karl Schuld said. “When you get a 41, a 42 and a 43, that’s pretty consistent. Obviously, Emma, Allie and Morgan have been doing that now several matches in a row and I think they’re starting to compete with each other, quietly, and that’s really helping us.”

Kovesdi has continued to improve throughout the season and that bodes well for the Blue Devils in the postseason.

“She is quietly having a nice senior season for us,” Schuld said. “She has been below 50 for two or three dual matches in a row, which is fantastic. When you can start getting that fourth person below 50 in Division II you’re in good shape. She shot 102 at the tough Skyland Pines course and I think that meant a lot to her. I think she’s ready to take another step.”

With the win, Independence improved to 2-0 in league play while Chagrin Falls dropped to 2-1.

Despite the importance of the match, the Blue Devils treated it as any other outing.

“Our whole thing is to work hard on preparation days and have fun on match days,” Schuld said. “There’s enough pressure on them to do well, me adding to it isn’t going to do any good. I think they knew it was an important match but in the end, if we would have lost, just like us, Chagrin has two more chances to beat us.”