Blue Devils one win away from perfect season

Independence opened the 2017 season with three goals and already accomplished the first by winning a third straight league title.

With a 6-0 win over Columbia on Saturday, the Blue Devils, who improved to 15-0, need just one more win to achieve the second, a perfect regular season. 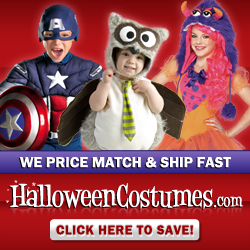 “The boys have already reached one goal of winning the league again for the third time and the next goal was to go 16-0 this season,” said Independence coach Ryan MacRaild. “The last goal is to go further in the playoffs than we did last year so that one remains to be seen. I think we’ve got a good chance next Thursday against Cornerstone and a 16-0 season, so I’m looking forward to it.”

Elek McDonald had a pair of assists while Kyle Streibel had one.

“The boys played hard,” MacRaild said. “Columbia had eight or nine defenders back most of the first half and once we broke down the defense in the second half and got a goal they just started coming one after another.”

Belitz credited his teammates for helping him to get open looks at the net.

“My goals today were a simple result of great distribution from my teammates and making sure I was always ready to attack and ‘on my horse,’” he said. “We created a lot of quality chances in both halves; they just started falling more in the second half.”

The Blue Devils moved into the Ohio High School Athletic Association record books with 11 consecutive shutouts but allowed a goal in a 6-1 win over Beachwood during the week that snapped that streak.

“We knew we’d be a little down after the streak ended, but it was great to see everyone getting back to business, as usual, today,” Belitz said. “Credit to our defensive line led by Luke Wisniewski and our keeper Tyler Korecko for making the streak happen in the first place.”

Independence closes out the regular season on Thursday.