Blue Devils ready for the unknown 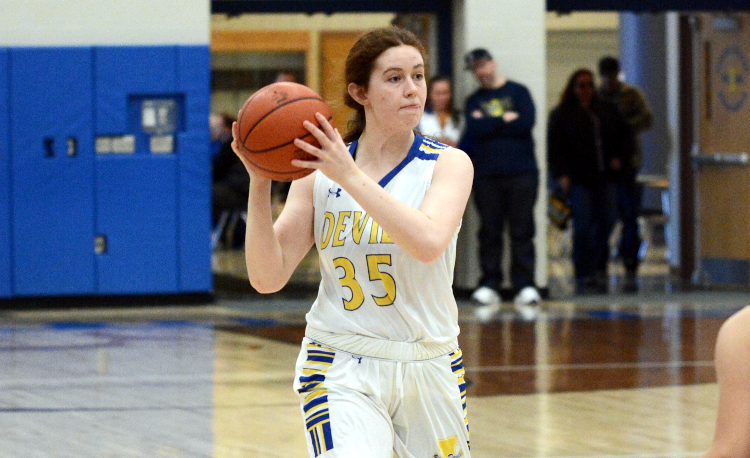 Independence will have a lot of unanswered questions when it tips off the 2020-2021 season on Friday against Columbia.

COVID has altered the preseason for all area teams and the Blue Devils are going to make the most of their opportunities to play this winter.

“I feel good about our girls but it’s hard to get a good understanding with scrimmages canceled and players in and out of practice due to precautions,” said Independence head coach Mike Marcinko, who is in his seventh season with the squad. “We have a solid core and need the new players to mesh and contribute if we are to be good. It’s an exciting challenge that the team is up for.”

The Blue Devils return three starters and three others with varsity experience.

“Youth and depth is the challenge,” Marcinko said. “We have great young ladies with limited experience that will need to learn quickly and impact the game regularly. Leaning on (DiGeronimo), Madison and Anna will be the recipe. They have the varsity experience and success. They will need to lead the way, be productive and teach as we progress through the season.”

She was named first-team All-CVC after scoring nine points per game with three rebounds and three steals last season.

“(DiGeronimo) is athletic, smart and a good leader for us,” Marcinko said. “She will be called on to be a total player this season–score, defend and lead.”

“Madison provides size and athleticism for us. She will be counted on as a force inside for the team,” Marcinko said. “Anna is a well-rounded player that we will reply on at both ends of the floor. Her versatility lets us to use her in multiple positions, allowing her to be creative. She can be an impactful player in the CVC.”

Sophomores Natalie George, a 5-foot-6 guard, and Kara DeSmith, a 5-foot-7 guard, round out the projected starting lineup.

“Natalie is a dynamic athlete with a great motor,” Marcinko said. “That energy will be needed to log a lot of floor time and run the show for us.”

“Addie is becoming a versatile player, impacting the game inside and out. She will play many important minutes for us and make a difference at both ends of the floor,” Marcinko said. “Kate has the ability to string jumpers together. That skill will be needed as a starter or off the bench for us to be as competitive as we want to be. Ashley is very scrappy and can shoot the ball. She adds a solid defensive effort and a jump shot to the mix.”

Independence hopes to repeat as CVC championship in 2021 and to do that the Blue Devils will have to stay focused and work hard throughout the season.

“We always view the CVC as the most important thing we prepare and practice for every day,” Marcinko said. “We take it game by game and want to win as many games as we can.”