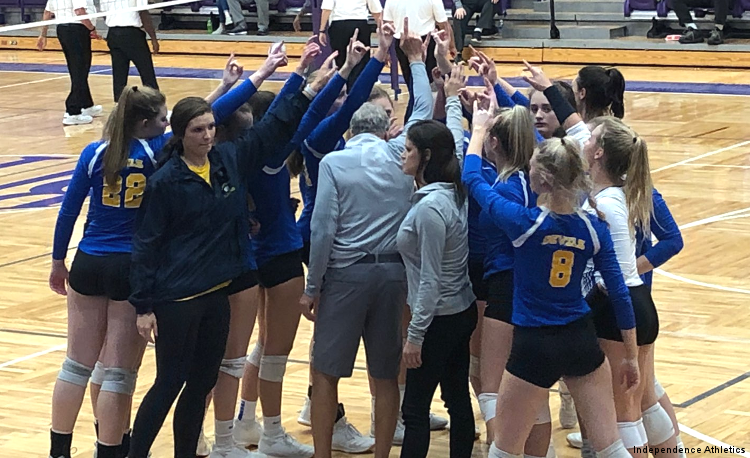 Independence is one win away from returning to the state volleyball tournament for the third straight time after dismantling Crestview in Thursday’s Division III regional semifinal at Barberton.

“We went into the first set super loose,” Independence senior captain Maddy Bilinovic said. “We made a lot of unforced errors and before the second set we regained our focus. As soon as we got out of our heads everything else fell into place.”

Independence led the third set 17-2 before finishing off the Rebels, who entered the match 24-1 on the year and riding a 30-set win streak. Crestview only lost 10 sets all season before running into Independence.

The Blue Devils advanced to Saturday’s regional championship against Crestwood, a 3-1 winner over Applecreek Waynedale in Thursday’s other semifinal. Crestwood was a Division II regional semifinalist last season.

Bilinovic and her teammates are ready for the challenge and remain focused on one match at a time.

“Our focus for this next game is to communicate effectively,” Bilinovic said. “It’s not acceptable for a ball to drop on our side if it’s not followed with a body hitting the ground. All season our plan has been to take it one game at a time. We are all super excited for Saturday and to have this amazing opportunity for our program again.”