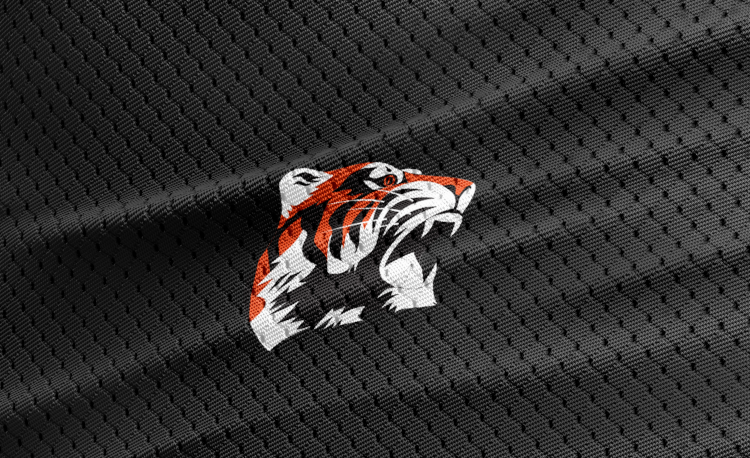 After graduating all five starters and 10 total seniors, Chagrin Falls opens the 2021-22 season with a clean slate.

The Tigers do return several players with varsity experience but 17th-year head coach Dave Bargar knows his squad has a big challenge ahead of it this winter.

“We are starting with a blank slate heading into the season,” Bargar said. “We have several players that we are counting on this season that have limited or no varsity experience. We need to develop some depth off the bench in order for us to achieve the success that we’ve been used to. The quicker those guys can adjust to the varsity game, the better off we will be. We have a lot of work ahead in order to get to the level fundamentally that we need to be successful.”

Chagrin Falls closed out last season with an 8-5 record overall and a 4-1 mark in the Chagrin Valley Conference Valley Division.

To improve upon that mark, the Tigers have to focus on the basics.

“Our goals every year are to practice like champions, compete with intensity and toughness, play with togetherness, and show continued improvement,” Bargar said. “If we do those things, we will put ourselves in a position to reach the level of success where we can compete with everyone on a nightly basis. We have a challenging schedule so hopefully, that will benefit us down the road.”

While the Tigers are short on experience, they already have set the tone for the new season.

“Our team has the chance to be well-balanced offensively,” Bargar said. “Our chemistry is very good and we play with a lot of unselfishness. We have the ability to get out in the open court and create some scoring opportunities. As always, we will look to be versatile defensively and play to our strengths on the offensive end by moving the ball and executing.”

The seniors are Henry Newell, a 6-foot guard, and Ryan Castelluccio, a 6-foot forward. Newell scored 3.1 points with 1.1 rebounds per game last season.

“Henry was in our rotation last year giving us depth on the wing and is ready to take on a larger role this season,” Bargar said. “He does a great job of moving without the ball, always putting himself in a position to score. Henry is very good in the open floor and can get to the basket in the half-court where he is a good finisher. He is a long defender that has a chance to help us on that end of the floor as well. Henry fits very well in what we want to do and I think he has a chance to take a major step forward and should have an even bigger impact on our team this season.”

Castelluccio provides the Tigers with a quality shooter outside the arc.

“Ryan is one of our leaders this year both on and off the court,” Bargar said. “He is a very smart player with great instincts that can play almost every position on the floor if needed. Ryan is a terrific passer, makes great decisions, and doesn’t make many mistakes offensively. He is a very good 3-point shooter but also has the ability to get to the basket if overplayed. If he stays aggressive on the offensive end, Ryan should have an outstanding year for us.”

“Max got an opportunity to gain some varsity experience toward the end of last season,” Bargar said. “He has had an outstanding offseason and is poised to take a big step forward for our team. Max can play either guard position and does a good job of putting his teammates in position to score. He attacks the basket well, has a good mid-range game, and has been shooting the three very well during the preseason. Max is a great competitor that forces our guys to play at a high-intensity level. He will play a big part in our success this season.”

“Nick also got an opportunity at the end of last season to gain valuable varsity experience and can play either guard position,” Bargar said. “Nick is a physical player that does a very good job of getting to the basket and can finish at the rim with contact. He has also become more consistent with his 3-point shot this year which will make him a dual-threat on offense. We expect Nicholas to really impact our team in a positive way over the next few years.”

Kosmides is a 6-foot-5 forward. He averaged 2.1 rebounds and 1.2 blocks per contest as a sophomore.

“James has the chance to make the greatest impact on our team from a year ago,” Bargar said. “He has a unique skill set for his size, which gives him the potential to help our team in a variety of ways. James is a long defender with tremendous shot-blocking ability. Offensively, he handles the ball really well and can get out and run the floor which creates problems for defenses. He can stretch the floor with his skill set and his ability to finish consistently will allow him to get to the next level as a player. James should continue to get better moving forward and we expect him to have two good years for us.”

Calabrese and Pope are 6-foot forwards while Elconin is a 5-foot-9 guard.

“Nick is back in our program after taking a year off and will compete for time on the wing for us this year. His biggest strength is his ability to shoot the three when open. Nick is a strong and physical player that has done a good job rebounding so far this year. Once he settles in and becomes more comfortable with our program, we hope that he can help us with his shooting ability,” Bargar said. “Owen is in a position to compete for a spot in our rotation this season. He is a strong rebounder and does a nice job on the defensive end of the floor. Owen is smart and understands what he needs to do when he’s on the court. He has the ability to step out and make a three if left unguarded. We think Owen has a chance to provide us with some depth this year at the 4 and 5 spots.”

“Henry plays with a lot of energy and is very active on the court. He does a great job of moving without the ball and has the ability to shoot the three. He is not afraid to battle for rebounds or attack the basket against bigger players. If he continues to play with that infectious energy, Henry has the chance to help us in his role this year,” Bargar said. “Carter will give us some depth at the guard spot and provide a spark offensively if needed. Carter has the ability to create his own shot and score in a variety of ways. He is very explosive in the open court, can make a three, and has a good mid-range game. Carter plays extremely hard and will do anything asked of him to help the team. Will should provide us with some depth at the guard spot this year. He does a good job of playing within himself and not making many mistakes when he’s on the court. Will is a very good 3-point shooter but has also worked really hard on improving his game in other areas. We look forward to seeing him continue his improvement this year.”

“Sam is new to our program this year and will compete for time to provide us depth inside. He knows how to play his position and does a nice job of making plays when he is on the court. Sam is a good rebounder and does a nice job of finishing at the rim. He also has a good touch from 15 feet when he’s open. Once he gets a handle on our system, we think he can help us,” Bargar said. “Anthony will compete to provide us with some depth inside this year. He has shown a pretty good skill set and is continuing to improve. Once Anthony gets comfortable with the speed and physicality at the varsity level, he will be in a position to compete for playing time.”

Chagrin Falls will focus on defense, especially early on as the players settle into their roles, and continue to play unselfishly to set the tone for the season.

“In order for us to be successful on a consistent basis, we will need to defend at a high level each game,” Bargar said. “We will need to get out in transition and get easy baskets and that starts with our defense. We will need to do a good job of executing our offense and using our unselfishness to our advantage. We will also need to focus on rebounding at both ends of the floor.”