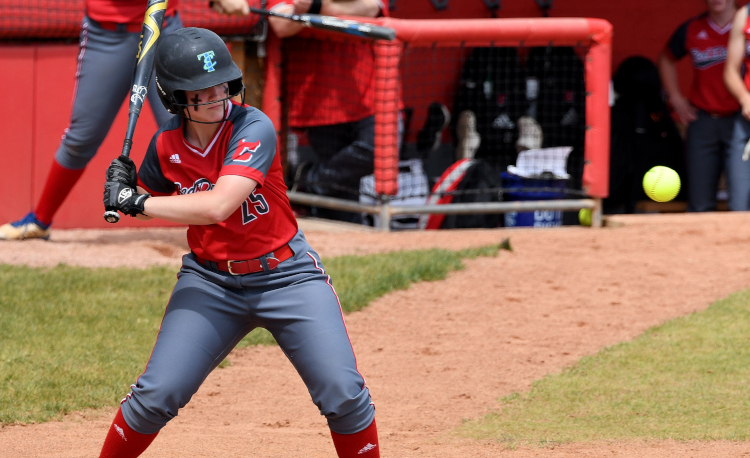 With her high school career winding down, Head has the Red Devils in a position to win the Chagrin Valley Conference Valley Division championship in their first year in the league. She also has rewritten the program’s home run records.

Earlier this spring, Head broke Sierra Gregel’s record of home runs in a career, and in a 16-5 win over Western Reserve Academy on Saturday, she hit her 12th home run of the year, surpassing Gregel’s previous record of 11 homers in a single season.

Head’s record is even more impressive considering her junior season was wiped out by a global pandemic.

But, her success wasn’t accidental.

She has worked hard to become a better and more powerful hitter. Part of that process includes studying how pitchers attack the other hitters in the Crestwood lineup.

“My key to success would probably be my mental state before my plate appearance,” she said. “I try to pay attention to the batters before me, as well as having confidence in myself to do what I need to do in certain situations. Getting in my ‘hitting zone’ is something that usually helps, too.”

It didn’t take long for conference opponents to realize they’d be better off intentionally walking Head rather than to allow her to hack away at a pitch anywhere in the strike zone.

As pitchers try to keep the ball out of her “hitting zone,” Head continues to find ways to barrel up on the ball.

“When I notice they’re pitching around me, I try to swing at anything over the plate so I can hit the ball,” she said. “I definitely don’t go up there looking to walk, so I try to hit anything I can.”

In 88 plate appearances, Head has accumulated 102 total bases. She also has scored 37 runs and knocked in another 34.

Opposing coaches can walk Maci Head and give up one base or roll the dice and let her swing away. Either way, Head produces a run in seven of every 10 plate appearances.

Fortunately, for area high school coaches, they won’t have to make that decision much longer.

Head will graduate this spring and she’ll take her talents to Tiffin University in Northwest Ohio.

“Tiffin was definitely a good choice for me because I know I didn’t want a college in a big city, but also not in the middle of nowhere, so it fit right in the middle,” Head said. “The campus was really nice and the softball coaches/program really fit what I was looking for. It was also great to get the opportunity to get to practice with the girls before committing; they were really nice and very talented.”

Crestwood has two conference games remaining and the Red Devils need a little bit of help to edge West Geauga for the league title.

First, the Red Devils open the postseason against a Newton Falls team that won an early-season matchup, 5-2.

“My goals for the remainder of the season would definitely be to keep the momentum going,” Head said. “I don’t want to fall behind as a team or an individual. I hope to, as a team, win the conference and also get to districts.”