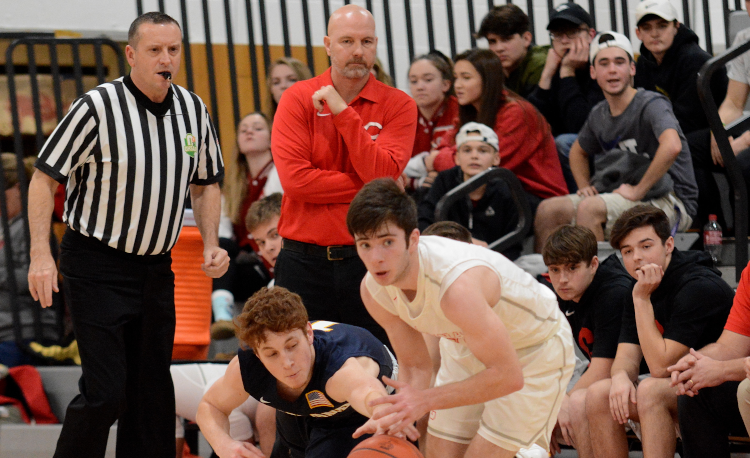 Cardinal’s new boys’ basketball coach won’t need a school tour or an introduction to the community.

After one year away from the program, Jon Cummins is returning to the sideline, pending board approval. He coached the Huskies for nine years before hanging up his whistle following the 2018-2019 season.

“I went through the whole interview process, which was new to me, but they had to do their due diligence and proper way of looking for a coach,” Cummins said of his return. “(Cardinal Athletic Director) Jimmy (Soltis) called me a few days later and said the job was mine if I wanted it.”

Cummins spent part of last season helping out with the Cardinal girls’ team but most of his free time was spent between Middlefield and Marietta, where his daughter Camille earned a starting role as a freshman.

Those long road trips helped Cummins realize just how much he missed his time with the program and took notice when the job opened up this spring.

“I kind of thought about it more and more and I missed it,” he said. “Being back there and trying to help out with the girls’ program as much as I could was nice but my intentions were to just focus more on work at the office and then make it to all of Camille’s games. Those were my two main goals. I was fortunate enough to be able to accomplish that.”

Cummins played hard to get, at first, but he’s eager for his return.

“Jimmy had asked me about it a couple of times jokingly in passing but then I thought about it the last six weeks and I said, ‘Boy, I really do miss it a lot,’” Cummins said. “They have a lot of nice young talent coming up in the program and with some coaching and the personnel they have, we can do a lot of good things. I can still make it to all of Camille’s games but it will be a lot of running around.”

Now that he’s back in his old role, Cummins expects to manage the program with a mix of new and old ideas.

“We’ll change up some things,” he said. “The whole offense will be different based on the personnel we have. They don’t have any true bigs and we really haven’t had any true bigs since Jake DiBlasio (in 2014). We’re going to try and mix things up. I’ve been doing a lot of research as far as what I think these kids will be good at. I got to see them play a few times last year and knowing the personnel we have back I’d like to change things up a little bit. It will be my same style as far as getting up and down the floor. It’s a hard-working group so I’ll try to get them to buy into playing the whole game like every other coach does. It’s that cliché that people say but you really hope it does come to fruition.”

Cummins also will focus on increasing the numbers in the program.

“They only have one guy that will be a senior next year that was on the roster of last year’s team and as of right now there are only 13 kids in the program, not counting any freshmen or new kids that come out,” he said.