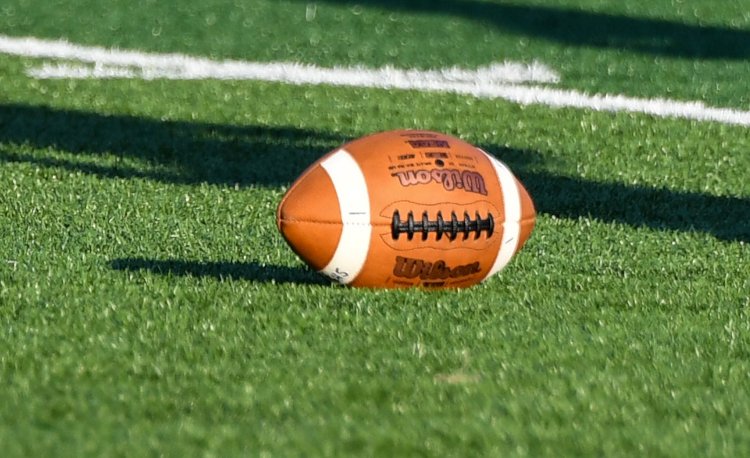 WARREN–Cuyahoga Heights saw its season come to an abrupt end with a 62-28 loss at Warren JFK in a Division VII, Region 25 quarterfinal on Saturday.

Heights closed out the year with a 6-4 record.

“We knew we were playing a really good team tonight,” said Cuyahoga Heights coach Al Martin. “We had a good week of practice, the guys prepared really hard, and we had no answer for a couple of their talented skill players.”

The first touchdown of the game was scored on a quarterback keeper by Caleb Hadley with 6:54 left in the first quarter.

The Eagles kept the pressure on as they scored on an Antwan Brown touchdown run, and after a stuffed two-point conversion, it was 13-0 at the end of the first.

Momentum was on JFK’s side throughout the entirety of the first half.

With 9:20 left in the second quarter, Michael Mauro reversed fields and marched into the end zone from 30 yards out.

After another touchdown from Antwan Brown, this time catching the pass from Hadley, it was 27-0.

Searching for an answer, Cuyahoga Heights found one when David Collins followed good blocking on special teams all the way into the end zone on the ensuing kickoff that cut Heights’ deficit to 27-7.

Stopping the Eagles proved more challenging and Mauro ran for a 55-yard touchdown that left JFK on top, 34-7.

Ryan Krajewski momentarily swung momentum when he scored on a two-yard run to pull Heights to within 34-14 at halftime.

JFK opened the second half with a 70-yard Brown touchdown run.

Heights answered again but the Eagles proved too much and Brown and Mauro combined for three more touchdowns to close out the JFK scoring.

Cuyahoga Heights added a late touchdown on a leaping grab from Jason Meadwell.

“Our kids have high expectations,” Martin said. “We have made state finals twice in the last six years, state semis multiple times as well. It is what we expect. We are not happy we are out, but we are glad the younger kids got the opportunity to play tonight.”