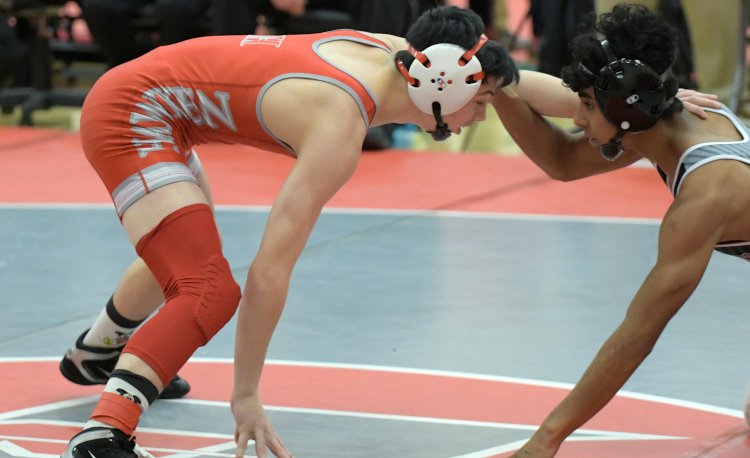 Each athlete was nominated by his or her coach. All statistics incurred from the start of the winter season through Sunday, Dec. 5, 2021. 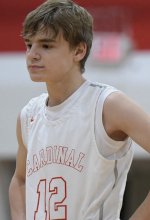 Name: Troy Domen
School: Cardinal
Grade: 10
Stats: Scored 56 points with 10 3-pointers, 12 rebounds, 11 assists, six steals, and a blocked shot in two games
Coach’s Quote: “Troy’s energy on both ends of the court is what sets him apart from other players,” said Cardinal coach Jon Cummins. “He is extremely quick and has a knack to find a way to get the ball in the hoop. He has grown a few inches over the summer and has put on some muscle as well. As a sophomore, he has a lot of potential to be a top player in Northeast Ohio.” 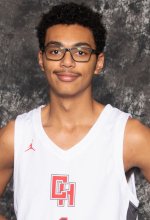 Name: Braylan McClardy
School: Cuyahoga Heights
Grade: 10
Stats: Scored 32 points with 11 rebounds, six assists, seven steals, two 3-pointers and he shot 15-of-30 from the floor in two games
Coach’s Quote: “Braylan is a team player that is skilled and he helps us on both ends of the floor,” said Heights coach Mike Tartara. “His teammates and coaches respect his work ethic and leadership skills. He is as cool as they come. On top of that, Braylan is a student. His ability to manage his academics is impressive. His GPA is 3.8. Braylan is an exceptional student-athlete.” 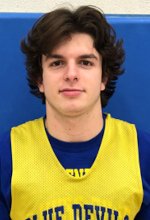 Name: Kyle Zygmunt
School: Independence
Grade: 12
Stats: Scored 28 points with 10 rebounds, eight assists, and three steals in a game against Riverside
Coach’s Quote: “Kyle did a tremendous job of handling pressure all game,” said Independence coach Kyle Johnson. “He was patient on offense to pick his spots and when he got the ball, Kyle was aggressive and attacked the rim. Kyle was able to affect the game in many different ways, passing, rebounding, and defense to go along with his scoring. He’s a tremendous leader and our team leans on him to make plays.” 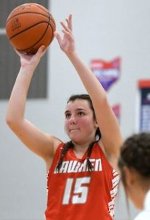 Name: Kate Bollinger
School: Hawken
Grade: 11
Stats: Averaged 17.5 points, 7.8 rebounds, 2.0 assists, and 1.3 steals in four games
Coach’s Quote: “Kate has had a tremendous impact on our first four games of the year,” said Hawken coach David Murray. “She has worked exceptionally hard to become a complete offensive player who is capable of scoring from the perimeter and inside. On the defensive end of the court, Kate is a tremendous rebounder who epitomizes our team’s competitive spirit.” 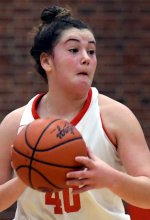 Name: Tess Conroy
School: Cuyahoga Heights
Grade: 11
Stats: Averaged 19.5 points and 6.0 rebounds per game while shooting 55-percent on two-point field goals and 46-percent behind the arc
Coach’s Quote: “Tess has been a leader on and off the floor for our team,” said Cuyahoga Heights coach Al Martin. “This week she scored 16 points and had six rebounds in a win over Independence, and had 24 points and five 3-point baskets in a win over Berkshire.” 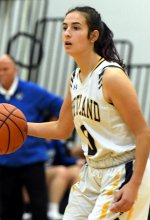 Name: Reilly Greenlee
School: Kirtland
Grade: 12
Stats: Averaged 14.7 points, three assists, and four steals in three games; shot 43-percent behind the arc and 73-percent from the free throw line
Coach’s Quote: “Reilly has scored double figures in all three games and has played a pivotal role in those victories,” said Kirtland coach Brittany Zele. “Reilly will be on everyone’s radar this year.” 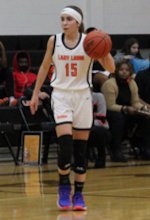 Name: Rachel Oberster
School: Orange
Grade: 9
Stats: Scored 30 points with 13 rebounds, 14 assists, and 12 steals in two games
Coach’s Quote: “Rae has quickly stepped into her role as a leader for our program,” said Orange coach Jazmyne Frost. “Her ability to score and distribute the ball was key in our two victories last week, along with her rebounding efforts and six steals in each game.” 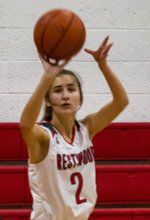 Name: Hannah Ward
School: Crestwood
Grade: 9
Stats: Scored 44 points with 14 assists and 12 3-pointers in three games
Coach’s Quote: “Hannah has made a big impact to help Crestwood start the season off 2 -1,” said Crestwood coach T.J. Henderson. “She has worked hard to help on the defensive side of the ball averaging 2.6 steals a game.” 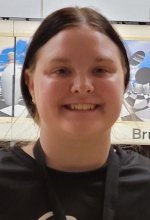 Name: Nikki Lemponen
School: Lakeside
Grade: 12
Stats: Rolled a 713 series to earn Tournament MVP honors at the Bowlers Choice Classic at Wickliffe Lanes
Coach’s Quote: “Nicole was in the zone,” said Lakeside Coach Lemponen. “She not only threw the ball well but was very supportive of not only her own teammates but the bowlers on the other teams.” 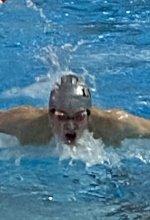 Name: Will Deitz
School: Hawken
Grade: 12
Stats: Won four events in a dual against Rocky River and claimed two relays and finished second in another event at the Solon Relays
Coach’s Quote: “Will continues to be the leader of his team, in and out of the water,” said Hawken coach Adam Katz. “His hard work continues to pay dividends in his achievements, day in and day out.” 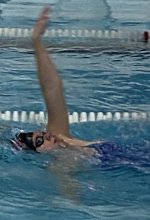 Name: Jessica Eden
School: Hawken
Grade: 12
Stats: Won two individual events and two relays in a dual against Rocky River with three pool records and also won a relay and finished second in two others at the Solon Relays
Coach’s Quote: “Jess’s week is an example of the person and swimmer she is,” said Hawken coach Adam Katz. “Her hard work and dedication to her sport is evident every time she steps up on the blocks. She is the ultimate competitor.” 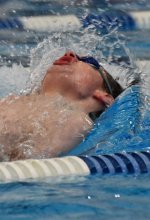 Name: Josh Rooney
School: Chagrin Falls
Grade: 12
Stats: Won two events in a dual against Gilmour Academy and set a Hilltopper Invitational record with a time of 53.82 seconds in the 100-meter backstroke and placed third in the 100-meter individual medley
Coach’s Quote: “Josh led our team to a win at the Gilmour meet and a second-place finish at the Hilltopper Invitational,” said Chagrin Falls coach Beth Sonnhalter. “His leadership and enthusiasm for the sport have inspired those around him to give all they can and reach for the top.” 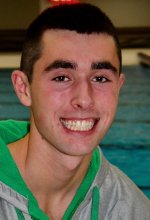 Name: Joseph Varckette
School: Lakeside
Grade: 12
Stats: Dropped almost 10 seconds in the 100-freestyle
Coach’s Quote: “Joey’s swim performance at the recent Chardon Hilltopper Invitational is a result of being coachable and putting in the hard work and dedication both in and out of the pool,” said Lakeside coach Maureen Surbella. 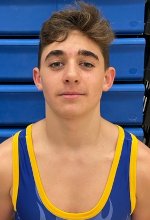 Name: Charlie Puklavec
School: Independence
Grade: 9
Stats: Won the Hawken Invitational with a 4-0 record and four pins
Coach’s Quote: “In the first high school tournament of his career, Charlie had a dominating performance,” said Independence coach Ken DeAngelis. “He won all four of his matches by pin and took first place at the Hawken Invitational Tournament. He is a talented freshman who is only going to get better. He is aggressive on the mat and is always looking to score.” 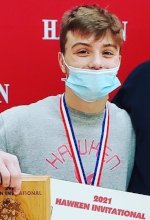 Name: Patrick Reineke
School: Hawken
Grade: 12
Stats: Went 3-0 in earning his fourth straight Hawken Invitational title and earning the tournament’s outstanding wrestler award; became the first four-time winner in the event’s 52 years
Coach’s Quote: “Patrick Reineke did an outstanding job in winning his fourth HIT title and being named the tournament’s outstanding wrestler,” said Hawken coach Mark Jayne. “Reineke did what he had to do in the finals match to get a late takedown for the win against a tough competitor.”