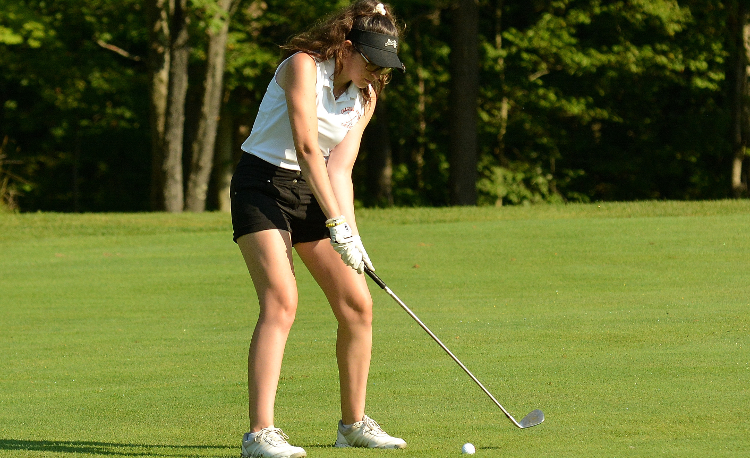 Athletes from Beachwood, Brooklyn, Chagrin Falls, Edgewood, Harvey, Independence, Lutheran West and Trinity have been named the Chagrin Valley Conference Players of the Week for the week ending August 18.

Statistics are included for the current week.CROSS COUNTRY 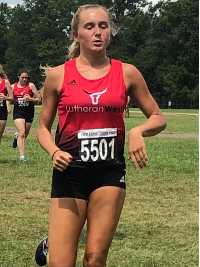 Name: Kristin Groppe
School: Lutheran West
Grade: 12
Stats: Placed first in the OHSAA Preseason Invitational with a time of 15:35 in the 2.25 mile division
Coach’s Quote: “Kristin did a great job to help lead the team to a third place finish out of 12 teams,” Lutheran West coach Anjanette Whitman said. “The day was hot, but she and the team were well prepared to handle it. We look forward to some great training over the next two weeks as we get ready to open the regular season at Avon Lake’s Early Bird Invitational at Lorain County Community College in Elyria on August 31.” 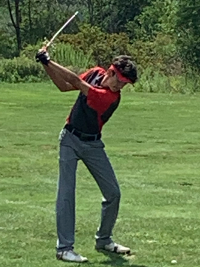 Name: Ryan Green
School: Edgewood
Grade: 12
Stats: Shot a 34 in a match against Berkshire
Coach’s Quote: “Ryan had been struggling with his putting lately but has stayed focused and worked hard to get back on track,” Edgewood coach Chris Juncker said. “That hard work showed as he posted a 1-under 35 at Village Green Golf Course this week.” 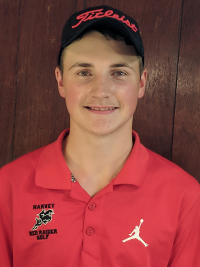 Name: Connor Hedrick
School: Harvey
Grade: 11
Stats: Won the CVC Preseason Tournament with an 82; claimed medalist honors with a 37 in a win over Berkshire and again with a 39 in a win over Cardinal
Coach’s Quote: “Connor has continued to improve and started the season very strongly,” Harvey coach Scott Cummings said. “He is one of the reasons that our team is off to a great start. He has had a great week and I hope to have it continue as we continue through the season.” 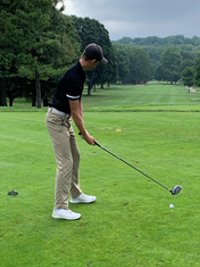 Name: Tyler Robinson
School: Lutheran West
Grade: 12
Stats: Placed third at the CVC Preseason Tournament (85), fourth at the Berkshire Invitational (83) and also won medalist honors in a match against Wickliffe (42) and he shot a 41 in a loss to Keystone
Coach’s Quote: “Tyler was extremely consistent this week,” Lutheran West coach Dale Lehrke said. “He just stayed very focused all week and never got very discouraged. I was happy to see him play with some senior leadership.” 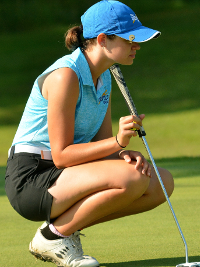 Name: Emma McGreal
School: Independence
Grade: 12
Stats: Shot an 87 to finish 8th at the Midwest Classic and also won medalist honors in dual matches against Solon and Cuyahoga Heights with scores of 37 and 39
Coach’s Quote: “Emma continues to improve each year and she plays with so much confidence,” Independence coach Karl Schuld said. “She is very consistent in her play because she works hard on all aspects of her game. She had a great week and I know she will have a tremendous senior season.” 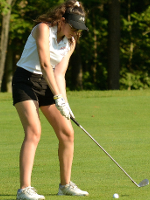 Name: Chloe Steger
School: Chagrin Falls
Grade: 11
Stats: Shot a 43 in a match against Cuyahoga Heights and a 94 at the Hudson Invitational
Coach’s Quote: “This season, Chloe returned to the Chagrin lineup stronger in all aspects of her game,” Chagrin Falls coach Kristin Reboul said. “After leading the team in the season-opening conference tournament with a round of 88, Chloe again contributed the team’s low round at the Hudson Invitational last Monday. On Thursday, she carded a 43 in the season’s first CVC dual match. Chloe is off to a strong start and we are excited for the rest of the season to unfold.”

Name: Evelyn Albers
School: Lutheran West
Grade: 10
Stats: Scored three goals and added an assist in a 7-3 win over Open Door; also recorded four tackles with six interceptions
Coach’s Quote: “Evelyn was a workhorse on both sides of the ball as she orchestrated the attacking after disrupting Open Door’s offense,” Lutheran West coach Joshua Campbell said. “She represents Christ with her words and actions by making her teammates better.” 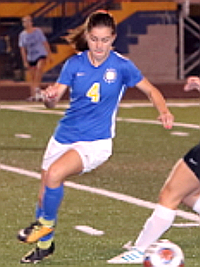 Name: Emily Gerry
School: Brooklyn
Grade: 10
Stats: Scored three goals in season opener against Columbia
Coach’s Quote: “After missing the last two games of the season in 2018 due to a hip injury, Emily was determined to come back with a vengeance and be one of the best forwards in our new conference,” Brooklyn coach Alison Rafter said. “Emily did just that in scoring a hat trick against rival Columbia High School, securing a win of 4-0 in Friday Night Futbol action.” 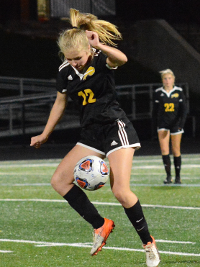 Name: Sydney Sarver
School: Beachwood
Grade: 10
Stats: Scored three goals in season-opening win over Orange
Coach’s Quote: “Sydney scored a hat trick in our win over rival Orange on Friday night,” Beachwood coach Jonathan Kostoff said. “It was our program’s first win over Orange since 2008. Sydney picked up right where she left off last fall after scoring 23 goals. She’s had a fantastic offseason and it showcased in our 3-0 home opener win.” 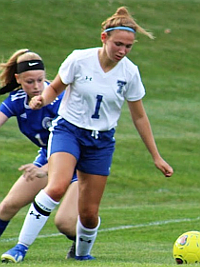 Name: Summer Wroble
School: Trinity
Grade: 11
Stats: Scored all three goals in a 3-1 win over St. Peter’s
Coach’s Quote: “Summer sparked the team with her attacking play against a very strong St. Peter’s defense,” Trinity coach Cal Jefferson said. “She worked hard for all three of her really nice goals and her teammates worked equally as hard all over the field to secure their win.” 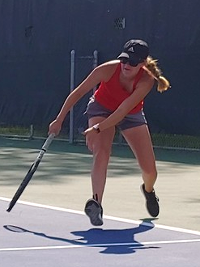 Name: Jordan Zee
School: Edgewood
Grade: 12
Stats: Won both of her matches at second singles
Coach’s Quote: “Jordan has worked hard in every match to give her best performance,” Edgewood coach Renee Mattson said. “She has been playing at second singles, except for our match against Geneva when she stepped up to first singles and battled hard.”