Each athlete was nominated by his or her coach. All statistics incurred from Monday, Dec. 6 through Sunday, Dec. 12, 2021. 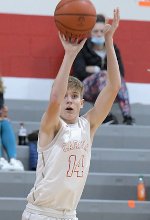 Name: Jake Bean
School: Cardinal
Grade: 11
Stats: Averaged 20.5 points, 8.5 rebounds, and 2.5 steals with nine 3-pointers in two games
Coach’s Quote: “Jake has come on strong for us in these last few games,” said Cardinal coach Jon Cummins. “Standing at 6-foot-2 or 6-foot-3 for a shooting guard is a nice weapon to have at our disposal. He has the potential to be one of the best pure shooters in our league.” 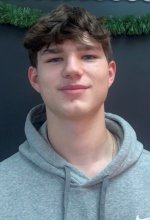 Name: Aidan Coljohn
School: Independence
Grade: 12
Stats: Scored 35 points with nine rebounds and six assists in two games and hit a game-winning shot in a victory at Cardinal
Coach’s Quote: “Aidan really worked hard on his game this summer and it has shown,” said Independence coach Kyle Johnson. “His ability to play inside and outside is an advantage for him. What I like most is he has been very aggressive offensively the past two games. I think hitting that game-winning shot will give him a ton of confidence moving forward.” 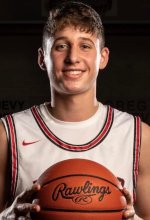 Name: Logan Kray
School: Edgewood
Grade: 10
Stats: Averaged 27 points and nine rebounds while shooting 68-percent from the floor
Coach’s Quote: “Logan has been working very hard and it is showing,” said Edgewood coach Jay Bowler. “He’s getting better every game. It is starting to click for Logan. He is just shy of averaging a double-double. He understands it might not be his night to score but he still contributes in other ways.” 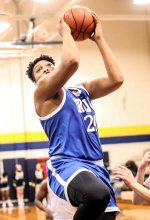 Name: JayQuan Stubbs
School: Trinity
Grade: 9
Stats: Scored 42 points with 45 rebounds in three games
Coach’s Quote: “JayQuan was instrumental in each of our three wins last week,” said Trinity coach Dan Urban. “We dominated the glass in all three games and he was the leader in there battling. He plays through all contact without complaining and is relentless on the glass. He shot 73-percent from the free throw line including the two game-winning free throws against Wickliffe on Saturday.” 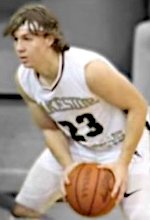 Name: Ashton Wheelock
School: Lakeside
Grade: 12
Stats: Averaged 10 points per game
Coach’s Quote: “Ashton is the heart and soul of our team,” said Lakeside coach Matt Newsome. “He’s our floor general, our emotional leader, and our captain. On Tuesday, Ashton signed his letter of intent to play baseball for Gannon. On Wednesday, he got his two front teeth knocked out while playing as the point guard in our win against Conneaut. On Thursday, he got his teeth fixed and returned to practice. On Saturday, he made the game-winning shot at the buzzer to beat Beachwood. Not a bad week for anyone.” 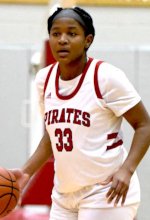 Name: JaC’ana Anderson
School: Perry
Grade: 12
Stats: Scored 35 points with 19 rebounds and five assists in three games; shot 92-percent from the free throw line
Coach’s Quote: “JaC’ana has been doing great for us both offensively and defensively,” said Perry coach Roy Infalvi, Jr. “She has been dominant on the glass and has created opportunities for us defensively with some steals and deflections.” 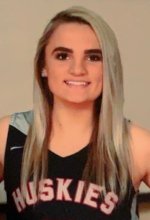 Name: Haley Domen
School: Cardinal
Grade: 12
Stats: Scored 27 points with 17 rebounds, six assists, seven steals, and one block in two games
Coach’s Quote: “Haley has been dealing with a bad back the last couple of weeks, but still is going out on the court and putting up impressive numbers,” said Cardinal coach Joe DiMattia. “Along with the stats, she is our main ball handler and one of our best defenders. She doesn’t come off of the court. Haley is closing in on some impressive career numbers. She is 95 points away from 1,000, 17 3s away from 100, 61 rebounds from 400, nine assists away from 200, and 38 steals away from 300.” 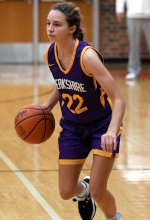 Name: Lydia Kastor
School: Berkshire
Grade: 12
Stats: Scored 33 points with 10 rebounds, five assists, five steals, and four blocks in two games
Coach’s Quote: “Lydia has started to find her groove on the season,” said Berkshire coach James Bosley. “She has always been consistent on offense but has improved defensively just as much.” 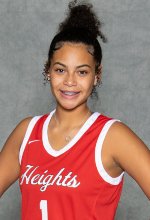 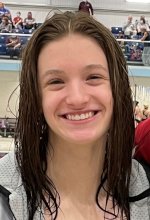 Name: Lina Brown
School: Geneva
Grade: 11
Stats: Set new school records in winning the 100 Breaststroke (1:11.82) and 200 Individual Medley (2:18.71) and also led the 200 medley and 400 freestyle relays to strong finishes at the Warrior Invitational
Coach’s Quote: “Lina is off to a great start this season,” said Geneva coach Julie Mirabell. “In addition to several PRs, first places, and school records, she continues to impress as a team member, bringing positivity and encouragement to everyone around her.” 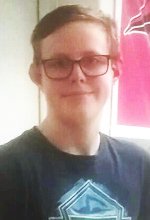 Name: Tyler Hill
School: Edgewood
Grade: 9
Stats: Broke an eight-year old school record in the 500-freestyle with a time of 5:25.31 (the previous record was 6:12.15) and then broke his own record with a time of 5:14.41 to finish second at the Warrior Invitational; also placed second in the 100 backstroke and scored 15 points for the team
Coach’s Quote: “Tyler has broken two records so far this season and has dropped time at each meet,” said Edgewood coach Gretchen Hill. “He is swimming really well.” 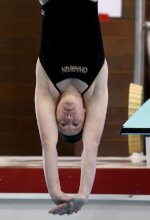 Name: Samantha Holtz
School: Chagrin Falls
Grade: 10
Stats: Won the Canton Christmas Invitational with a new meet record of 443.90 points
Coach’s Quote: “I’m excited for all that Sam is going to accomplish this year,” said Chagrin Falls coach Beth Sonnhalter. “She’s an incredibly talented diver and so passionate about the sport. For her to come out in the first meet of the season and match her score from the state meet last year speaks to all the work she’s done this offseason.” 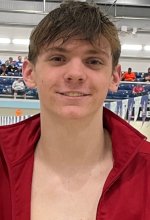 Name: Nathan Reigle
School: Geneva
Grade: 9
Stats: Set new school records in winning the 100 free (49.95) and 200 Individual Medley (2:07.16) and also led the 200 medley and 400 freestyle relays to second-place finishes at the Warrior Invitational
Coach’s Quote: “As a freshman, Nathan is making a huge impact on the team,” said Geneva coach Julie Mirabell. “He especially impresses for his work ethic, knowledge of swimming, and desire to help his teammates.” 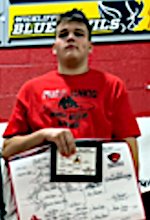 Name: John Avalon
School: Cardinal
Grade: 12
Stats: Won the Russ Ward Memorial Tournament and is 8-1 on the year with eight pins
Coach’s Quote: “John is wrestling extremely well this season,” said Cardinal coach Jeff Zeigler. “He is focused on his long-term goal and has worked hard during the offseason to achieve it. He placed third last week at the Hawken tournament and first this week at the Cardinal Russ Ward Tournament. He has pinned eight formidable opponents this season so far.” 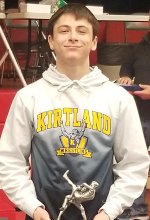 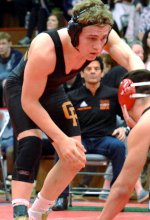 Name: Sam Partain
School: Chagrin Falls
Grade: 12
Stats: Went 3-0 on the week
Coach’s Quote: “Sam had a dominant week pinning all of his opponents at Maple Heights, NDCL, and Kenston,” said Chagrin Falls coach C. Peter Cimoroni. “The work he has done will be a great example for all of Chagrin Falls in all sports. He is a great representative of the entire community.”