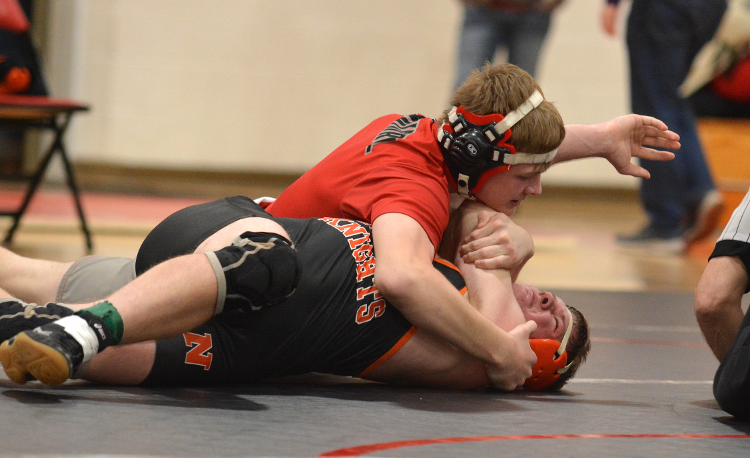 Athletes from Cardinal, Chagrin Falls, Independence and Wickliffe have been named the Chagrin Valley Conference Players of the Week for the week ending February 17.

Name: Kyle Zygmunt
School: Independence
Grade: 9
Stats: Scored 32 points with 19 rebounds, 10 steals and 9 assists in two games
Coach’s Quote: “This past week, Kyle became our leader on the court,” Independence coach Hugh McMahon said. “Kyle put the team in position to win both nights by scoring, playmaking, and rebounding. In our victory at Kirtland, Kyle, with the ball in his hands, either scored or assisted on nearly 65-percent of our second-half points.”

Name: Erica Esper
School: Independence
Grade: 12
Stats: Scored 30 points with 8 rebounds and 5 assists in two games
Coach’s Quote: “It was a busy and emotional week for Erica with Senior Night and back-to-back games,” Independence coach Mike Marcinko said. “Erica has that ability to string together 3s and she found her rhythm against the zone.”

Name: Stephanie Martin
School: Wickliffe
Grade: 11
Stats: Scored 61 points with 6 rebounds, 5 assists and 6 steals in two games
Coach’s Quote: “Stephanie carried the team on her back to get us two big wins going into the playoffs, not only offensively but defensively as well,” Wickliffe coach Anthony Wilson said.

Name: Jerry Rose
School: Cardinal
Grade: 10
Stats: Won the 152-pound title at the Audrey Genovese Memorial Tournament
Coach’s Quote: “With a current record of 30-4 with 25 pins, Jerry has been perfect since his loss at the CVC tournament,” Cardinal coach Jeff Zeigler said. “He is currently just five pins away from tying the season pin record at Cardinal held by Brandon Neikirk, a personal goal of Jerry’s. Jerry will be trying to attain another goal starting this weekend at the sectional tournament, to become a state champion.”

Name: Henry Woofter
School: Chagrin Falls
Grade: 12
Stats: Won the Audrey Genovese Memorial Tournament and finished the year with a 27-3 record
Coach’s Quote: “Henry finished the regular season at 27-3 with titles at the CVC Conference, the Riverside Rumble, the Audrey Genovese Memorial and finalist at Hawken and the Kenston Invitational,” Chagrin Falls coach Peter Cimoroni said. “His leadership has been exemplary and the team has rallied and shown consistent improvement because of his direction and dedication. The entire team has taken to his work ethic and his attitude of tenacity has permeated the entire program. We are looking with anticipation to the postseason and a trip to Columbus.”