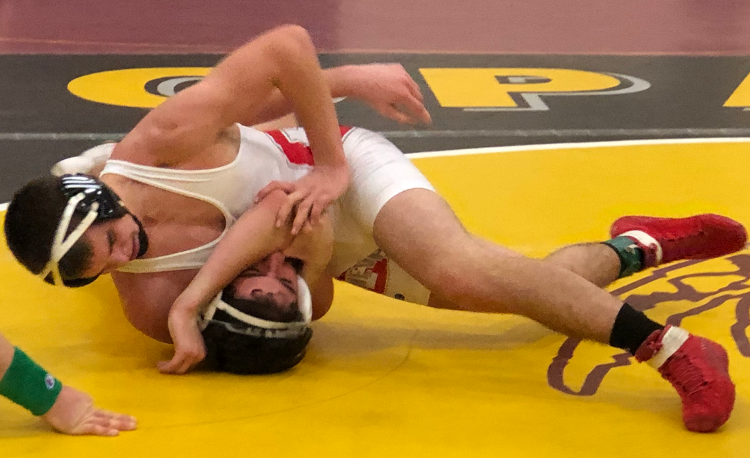 Athletes from Berkshire, Chagrin Falls, Geneva, Hawken and Orange have been named the Chagrin Valley Conference Players of the Week for the week ending January 13.

Name: Michael Snyder
School: Hawken
Grade: 12
Stats: Scored 39 points with 20 rebounds, four assists and three charges in two games
Coach’s Quote: “Michael is starting to find his groove,” Hawken coach Seth Lieberman said. “He’s a leader on and off the court and makes everyone around him better. He had another solid week in the face of two losses.”

Name: Madison Chapman
School: Berkshire
Grade: 12
Stats: Scored 17 points with five rebounds, two assists and two steals in a win over Richmond Heights
Coach’s Quote: “Maddie came up big in the fourth quarter to lead the comeback,” Berkshire coach James Bosley said. “She scored nine of her 17 points along with two steals and two assists in the fourth. She showed her leadership on the floor and really helped the girls stay calm when the game was close. She has done everything asked of her being a captain and leader of the team but she has also stepped up and been really been encouraging to the younger girls.”

Name: Julia Santamaria
School: Chagrin Falls
Grade: 10
Stats: Scored 25 points with 14 rebounds in two games
Coach’s Quote: “Julia makes all of the hustle plays that don’t necessarily show up in the scorebook,” Chagrin Falls coach Brittany Anderson said. “She plays tough–diving on the floor for loose balls, competing for rebounds against taller players, making difficult moves on offense to score or to find her open teammate. Julia truly plays with heart. She cares about her team and is willing to do anything to help us be successful.”