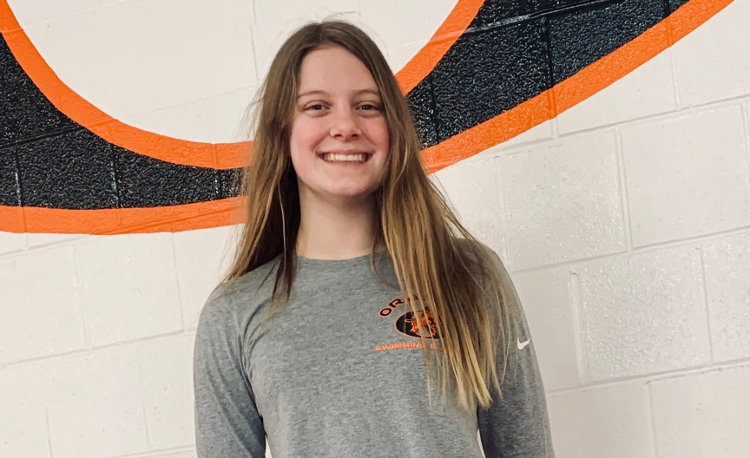 Athletes from Beachwood, Cardinal, Chagrin Falls, Fairport Harding, Geneva, Orange, and West Geauga have been named the Chagrin Valley Conference Players of the Week for the week ending January 20.

Name: Josh Irwin
School: West Geauga
Grade: 10
Stats: Scored 34 points with 29 rebounds in two games
Coach’s Quote: “Josh is one of the best players not only in our conference but in the area,” West Geauga coach Jeff Javorek said. “He is leading the area in rebounding and has logged 15 double-doubles this year. He is a great kid on and off the court and works extremely hard to get where he is at.”

Name: Nick Stoltz
School: Geneva
Grade: 12
Stats: Scored 43 points on 50-percent shooting with 34 rebounds and 7 assists in two games
Coach’s Quote: “Nick did a phenomenal job on the boards for us this week while still getting good shots and finding open teammates,” Geneva coach Eric Bowser said. “He’s not usually the biggest guy on the floor but these totals are a testament to his energy and outstanding work ethic.”

Name: Bella Dalessandro
School: Chagrin Falls
Grade: 11
Stats: Scored 26 points with 8 rebounds, 4 assists, 2 steals and 2 blocks in two games
Coach’s Quote: “Bella is an outstanding shooter, but most importantly, she has developed into a leader and defensive catalyst for our team this season,” Chagrin Falls coach Brittany Anderson said. “She leads the team in 3-point shooting percentage, has added a quick drive with creative finishes to her game, and she’s our best defender. Bella has a great presence in our defense, often altering the opponents’ passes and getting deflections. She hustles to get steals and score in transition. She’s turned into a complete player in her junior season.”

Name: Olivia Eldridge
School: Fairport Harding
Grade: 9
Stats: Scored 11 points with 4 assists, 5 blocks, 9 steals and 35 rebounds in two games
Coach’s Quote: “Olivia broke the school record in rebounds with 31 in Fairport’s first win of the season against Mentor Christian,” Fairport coach Ed Reed said. “Olivia is one of six freshmen that play at the varsity level for me. Olivia is very unselfish and puts her team before herself. Every time Olivia steps out on the floor she strives to not only make herself better but also her team.”

Name: Ashley Gubanyar
School: Cardinal
Grade: 12
Stats: Scored 27 points with seven 3-pointers and dished out 8 assists in two wins
Coach’s Quote: “Ashley had two great performances this week in helping lead our team to back-to-back wins,” Cardinal coach Luke Kruse said. “She was assertive on offense– knocking down big 3-pointers and dishing the ball to open teammates off of drives. We ask a lot of Ashley every night, including guarding the other team’s best perimeter player as well as running the offense and scoring, all while barely getting a rest in a close game. She is relentless on the floor and her leadership is also essential to our program.”

Name: Marissa Munsell
School: Orange
Grade: 12
Stats: Scored 19 points with 8 rebounds and shot 42.9-percent from behind the 3-point line
Coach’s Quote: “Marissa’s outside shooting was on the mark in the win against Chagrin Falls,” Orange coach Ship Collins said.

Name: Janie Boyle
School: Orange
Grade: 12
Stats: Won the CVC diving championship for the fourth straight season and set a new record with 509 points; also finished Top 10 in the 50 free and fourth in the medley relay
Coach’s Quote: “Janie is one of the hardest workers on this team, in and out of the water,” Orange coach Andrea Radel said. “She is exceptional to watch on the boards and while racing in the water. She is the model captain for the team and we know she’ll do great things in the remainder of this season and when she gets to Texas.”

Name: Spencer Bystrom
School: Beachwood
Grade: 12
Stats: Won the diving competition at the CVC Swimming & Diving Meet and set the diving record at Orange High School and also placed second in the 100 backstroke, 200 freestyle relay and fourth in the 200 medley relay
Coach’s Quote: “I have been coaching for over four decades and haven’t had an athlete talented enough to be a major player in both swimming and diving at the State level,” Beachwood coach Brad Burget said.

Name: Jesse McElroy
School: Geneva
Grade: 10
Stats: Won the 132-pound title at the Badger Invitational with a 5-0 record and three pins and a major decision
Coach’s Quote: “Jesse is a fierce competitor that never stops, no matter how far behind he is,” Geneva coach Chris Stamper said. “This was his third individual championship of the season and he currently only has four losses.”