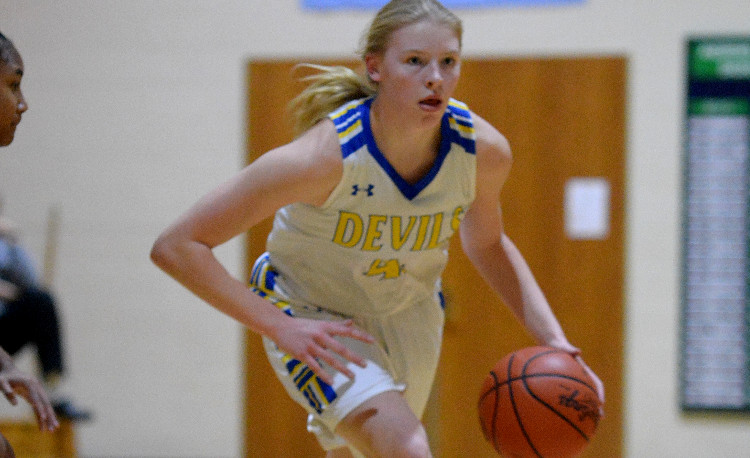 Athletes from Beachwood, Chagrin Falls, Cuyahoga Heights, Hawken, Independence, Kirtland and Perry have been named the Chagrin Valley Conference Players of the Week for the week ending December 30.

Name: Nassiem Salem
School: Cuyahoga Heights
Grade: 12
Stats: Scored 47 points on five 3-pointers with seven rebounds, eight steals, six assists and he shot 18-of-21 from the free throw line in two games and was named the MVP of the Joe LaBella Tournament
Coach’s Quote: “I’m happy for Nassiem,” Cuyahoga Heights coach Michael Tartara said. “He has worked so hard to become a well-rounded player. Nassiem understood the importance of the Joe LaBella Holiday Tournament. He was the first one in the gym getting extra shots up as well as getting his ball handling drills done. It showed. It is nice to see someone put in the work and receive the benefits. He has invested his time and efforts and the investment has paid off for him and his team up to this point. Nas also has positive relationships with his teammates and his coaches. These relationships are often times the difference makers in a long tough season.”

Name: Michael Snyder
School: Hawken
Grade: 12
Stats: Scored 53 points with 24 rebounds, six assists and four blocks in two games
Coach’s Quote: “Michael was out of the country on a school trip and missed the first six games. It’s been great having one of our two senior captains back to lead us on the floor,” Hawken coach Seth Lieberman said. “The team is excited to have him back as he brings great energy to the program.”

Name: Jayson Woodrich
School: Beachwood
Grade: 12
Stats: Scored 77 points with 17 rebounds in two games
Coach’s Quote: “Jayson had his two biggest games of the season versus elite competition on back to back nights,” Beachwood coach Matt Miller said. “He shot over 50-percent from behind the 3-point arc while going against defenses that were face-guarding him so he couldn’t get the ball. He was still able to fight through that to help lead out offense against two extremely talented teams.”

Name: Madyson Hacking
School: Perry
Grade: 10
Stats: Scored 24 points with five assists, five rebounds and two steals in a win over South
Coach’s Quote: “Madyson was terrific in her performance in our win over South,” Perry coach Roy Infalvi said. “She stepped up big when our team needed her.”

Name: Riley Wilson
School: Independence
Grade: 11
Stats: Scored 36 points with 21 rebounds in two games
Coach’s Quote: “Riley posted her fourth double-double against Fairview and in a shootout with West Geauga was the leading scorer for the game,” Independence coach Mike Marcinko said. “Riley has great effort and energy and impacts every possession of the game.”

Name: Henry Woofter
School: Chagrin Falls
Grade: 12
Stats: Finished second in the 285-pound weight class at the Kenston Invitational Tournament with a 4-1 record and three pins
Coach’s Quote: “Great performance at a very tough tournament,” Chagrin Falls coach Peter Cimoroni said. “Met an Iron Man placer in the finals; otherwise dominated his opponents. Great leadership throughout the season and has stepped up his game to provide that work ethic and drive to the rest of the team.”