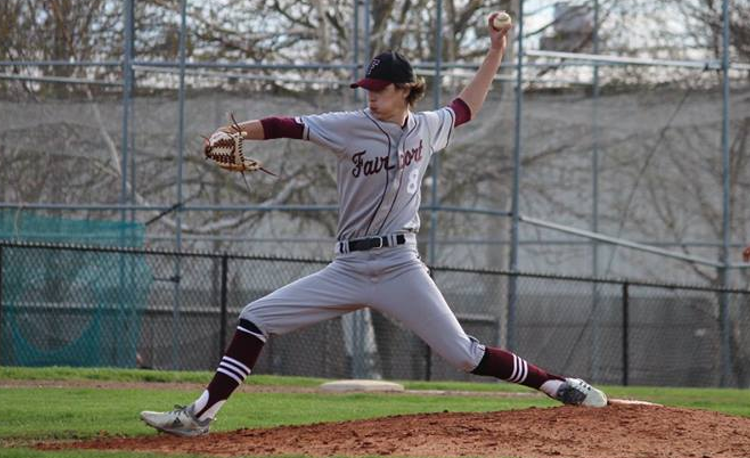 Athletes from Berkshire, Chagrin Falls, Cuyahoga Heights, Fairport, Geneva, Harvey, Independence and Wickliffe have been named the Chagrin Valley Conference Players of the Week for the week ending April 28.

Name: Jacob Brown
School: Berkshire
Grade: 10
Stats: Batted .545 (6-for-11) with 4 runs scored, 2 RBI, and struck out 6 with a 0.00 ERA in 5 1/3 innings of work
Coach’s Quote: “Jacob has been a solid player for us all season long,” Berkshire coach Brian Hiscox said. “He did it in every aspect of the game this week, from hitting, to fielding, to pitching. We are going to lean on him heavily down the stretch run of the season to put us in a position to win games.”

Name: Sam Dolan
School: Chagrin Falls
Grade: 12
Stats: Batted .500 (7-for-14) with 1 double, 7 runs scored, 3 stolen bases, and 2 RBI
Coach’s Quote: “Sam continues to swing a hot bat,” Chagrin Falls coach Michael Sweeney said. “He seems to make solid contact on almost every ball he puts in play. He is playing with confidence and is a big reason why we are averaging almost 10 runs per game.”

Name: Luke Honkala
School: Fairport Harding
Grade: 12
Stats: Struck out 13 in 6 1/3 innings of work in a win over Harvey
Coach’s Quote: “Luke has been an outstanding pitcher for us this season,” Fairport coach Dan Wolf said. “He leads the area in strikeouts. Every time he is on the mound, we have a strong chance of being successful.”

WName: Hannah Levon
School: Wickliffe
Grade: 11
Stats: Batted .667 with 2 doubles, 1 home run, 4 RBI and 6 walks; also was 3-0 in the circle with a 0.438 ERA and 20 strikeouts to just 1 earned run and 8 hits allowed
Coach’s Quote: “Hannah has really stepped it up this past week,” Wickliffe coach Marlana Mucciarone said. “Offensively, she has been seeing the ball really well and giving us quality at-bats by working the count and waiting for her pitch to drive. In the circle, she has been hitting her spots, which has led to easy outs like strikeouts, weak grounders or popups. Hannah has definitely been a major factor in our team’s success.”

Name: Megan Pitcher
School: Geneva
Grade: 12
Stats: Batted .714 (10-for-14) with 3 doubles, 11 RBI, 3 stolen bases and a .929 slugging percentage with 0 fielding errors
Coach’s Quote: “Megan has been a force from the plate for us this season,” Geneva coach Eleshia Pitcher said. “She is very hard out to get since she has the ability to place the ball where the fielders are not. She also has stepped up and become a team leader helping the underclassman become better ball players. She also has a great glove in the field. Whether behind the plate or at first base, we can always count on her to make the plays.”

Name: Samantha Tackett
School: Harvey
Grade: 12
Stats: Batted .667 (4-for-6) with 1 double, 1 triple, 1 RBI, 5 runs scored, 5 stolen bases and 4 walks
Coach’s Quote: “Samantha led the way for our offense last week,” Harvey coach Betsy Hada said. “Her .800 OBP set the table for the power hitters behind her. We always talk about having quality at-bats; Sam had four hits and drew four walks. She took advantage of being on base by stealing five bases. Samantha doesn’t just lead our offense, she sets an example daily for our numerous underclassmen. Her leadership will have an impact on the program for years to come.”

Name: Madison Stepanik
School: Independence
Grade: 10
Stats: Led Independence to two meet wins by leading the team in scoring in both; threw the shot put a season-best 33-feet, 2 3/4 inches, won the high jump (4-10), and threw the discus 78-feet, 5-inches, and cleared 15-feet in the long jump
Coach’s Quote: “Madison is in her first season of track and field competition and performing superbly in some very technical events,” Independence coach Craig Polman said. “She is a valuable asset to the team because of the diversity of events in which she excels. It will be fun to watch her accomplishments over the next three seasons.”

Name: Kenni Voytek
School: Cuyahoga Heights
Grade: 10
Stats: Named Girls Running MVP at the Dan Potopsky Invitational after winning the 100 and 300-meter hurdles and anchoring the 4×200 and 4×400-meter relays
Coach’s Quote: “Kenni is a true joy to coach,” Cuyahoga Heights coach Jon Shafer said. “She brings a positive spark to everything she does and is a complete team-first athlete who is willing to do whatever the team needs. I am so happy to see her get recognized for her great performances and even better leadership.”