All statistics incurred during the week ending Sunday, October 3.

Name: Brielle Collins
School: Hawken
Grade: 9
Stats: Ran a PR of 19:03 at the Centerville Saturday Night Lights meet to finish fourth overall and help the Hawks finish sixth as a team; her time is fourth-best all-time at Hawken
Coach’s Quote: “In a big race against teams from Ohio and Kentucky, Brielle got to see how fast girls can go out,” said Hawken coach Chris Farroni. “A half-mile into the race, she found herself behind a number of competitors. She worked through that crowd to the front of the pack. The effort and determination that Brielle displays at each practice will prepare her for more success on the course. As a freshman, we do not have limitations on her goals. We provide great preparation and let her go out and use it to run the best that she can.” 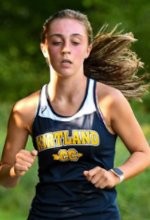 Name: Sylvia Vosicky
School: Kirtland
Grade: 9
Stats: Won the Berkshire Fall Classic, leading the Hornets to a second-place finish overall
Coach’s Quote: “Sylvia continues to have an outstanding freshman campaign in cross country for the Hornets,” said Kirtland coach J.P. Moran. “Her overall victory at the Berkshire Fall Classic was very exciting and should really give her confidence heading into October and the big meets coming up. She also helped the team get excited and motivated on our way to the runner-up plaque.” 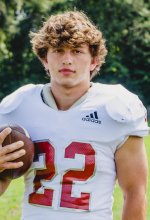 Name: Louie Blasiole
School: Crestwood
Grade: 12
Stats: Carried nine times for 182 yards and three touchdowns with two two-point conversions; recorded nine tackles, including one for a loss, and four assists
Coach’s Quote: “Louie is our workhorse,” said Crestwood coach Jack D’Amato. “When we need tough yards to pick up a first down, we call his number and he delivers. This week he showcased his breakaway speed as he averaged 20-plus yards per carry against Wickliffe.” 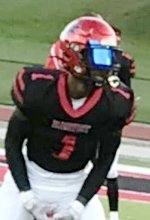 Name: Davon Badley
School: Harvey
Grade: 10
Stats: Caught three passes for 40 yards and a touchdown; recorded 11 ½ tackles, including one for a loss—which resulted in a safety, recovered one fumble and returned it for a touchdown, and punted twice inside the opponent’s 10-yard line
Coach’s Quote: “Davon Badley caught a 26-yard touchdown pass to open up the scoring on Friday night,” said Harvey coach Mick Mohner. “Later in the first half, Badley recovered and returned a fumble for a 56-yard touchdown. Late in the fourth, he helped flip field position with two punts downed inside the 10, the second of which was downed on the one-yard line. Two plays later, Badley would make a tackle for a loss in the end zone, resulting in a safety with 59 seconds remaining. This ended up being the difference in a 16-14 Harvey victory over Youngstown Chaney. He finished the game with three receptions for 40 yards at wide receiver and also led the team with 11 1/2 tackles, including the game-winning tackle for a loss resulting in a safety.” 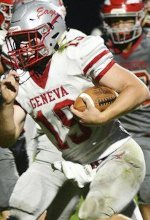 Name: Wyatt Fuduric
School: Geneva
Grade: 12
Stats: Carried 19 times for 185 yards with three touchdowns and a two-point conversion
Coach’s Quote: “Wyatt had a breakout game running the football as our QB,” said Geneva coach Chip Sorber. “He did an outstanding job of executing our offense and audibled into plays that would be advantageous. His leadership and toughness were on full display this past Friday.” 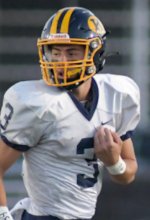 Name: Ramon Lescano
School: Kirtland
Grade: 12
Stats: Carried 13 times for 76 yards and three touchdowns; recorded four tackles and one interception on defense in a win at Perry
Coach’s Quote: “Ramon played his best game yet,” said Kirtland coach Tiger LaVerde. “He ran hard and took care of the ball. He threw the ball well and had an interception. He was a great leader.” 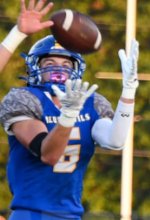 Name: Kyle Zygmunt
School: Independence
Grade: 12
Stats: Carried two times for 98 yards and a touchdown; caught two passes for 23 yards and a score; recorded seven tackles with an interception and a pass break-up
Coach’s Quote: “Kyle was instrumental in our win Friday night,” said Independence coach Rick Adams. “He contributed in all facets of the game.” 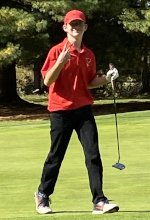 Name: Conner Callison
School: Cardinal
Grade: 12
Stats: Shot a 75 at the Division III sectional and qualified for the district tournament
Coach’s Quote: “Conner shot a career-best 75 at the Division III Sectional at Riverview to lead the Huskies to a strong fourth out of 17 team finish,” said Cardinal coach Mike Topalian. “Conner qualified to advance to the district tournament at Tannenhauf. Conner’s strong senior season also included being named first-team All-CVC and leading the Huskies in scoring average.” 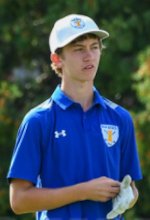 Name: Mark Pillar
School: Independence
Grade: 10
Stats: Shot 72 to claim medalist honors at the Pine Hills Sectional
Coach’s Quote: “It was an outstanding effort at an elimination event for Mark as an individual and for the team,” said Independence coach Mike Marcinko. “He absolutely rose to the occasion.” 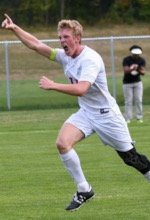 Name: Nick Bollinger
School: Hawken
Grade: 12
Stats: Scored one goal in a game against University School and turned in a strong performance against Orange
Coach’s Quote: “Nick had an amazing performance in the 2-1 win vs Orange which clinched the CVC championship for the Hawks,” said Hawken coach Vlad Muresan. “His emotional intelligence, desire, and leadership skills make him a highly valuable player on and off the field. He also scored our lone goal in the loss to University School, while displaying his captaincy role when one of his teammates suffered a season-ending injury.” 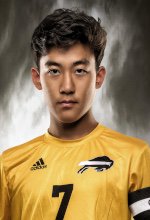 Name: Alex Park
School: Beachwood
Grade: 12
Stats: Scored two goals
Coach’s Quote: “Alex Park scored two goals in Beachwood’s 5-0 victory over Independence to clinch a share of Metro Division title on Tuesday, then on Tuesday, Oct. 5, he scored another pair of goals in a 3-1 victory to confirm an undefeated and united Metro Division title,” said Beachwood coach Brian Greene. “Alex has eight goals and nine assists for the season, as the Bison stand at 9-3-1, and has been an integral player in the center of midfield.” 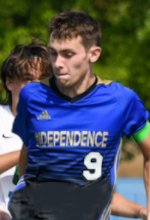 Name: Emmett Stralka
School: Independence
Grade: 12
Stats: Scored four goals with one assist in two games
Coach’s Quote: “Emmett has had a resurgence after shaking off an illness the past week scoring two goals against Lake Ridge and an assist as well as both goals in our 2-1 win against Keystone,” said Independence coach Ryan MacRaild. “His speed is second to none and his combinations with (Casey) McGhee, (Aidan) Coljohn, and (Khalil) McDonald are starting to connect and lead to better scoring chances and great finishes.” 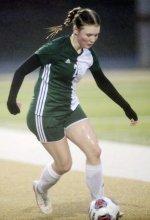 Name: Sadee Hamilton
School: Lakeside
Grade: 12
Stats: Scored two goals
Coach’s Quote: “Sadee scored both of our goals in a 2-0 win at Harvey on two excellent placed shots on goal,” said Lakeside coach Angelo Velotta. “She is now up to a team-high eight goals scored on the season.” 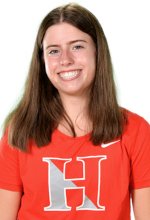 Name: Beatrice Hardacre
School: Hawken
Grade: 10
Stats: Was 3-1 during the week, including a three-hour second singles win against Brecksville and two doubles wins against Revere and in the Hawken Invitational
Coach’s Quote: “Bea’s determination and hardworking ethics paid off against a non-conference rival in three hours that led to dominance in our semifinal match against Revere and the invitational,” said Hawken coach Brian Smallwood. “Despite the blisters, she persevered.” 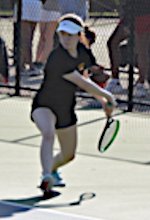 Name: Zilin Zhang
School: Beachwood
Grade: 12
Stats: Finished third at the CVC tournament and third at the Hawken Invitational
Coach’s Quote: “Zilin has been a great competitor this year,” said Beachwood coach Carmela Mostardi. “She has had some great matches and good wins. I have constantly heard compliments on her growth as a player from her junior year to this year and have seen it in her results on the court.” 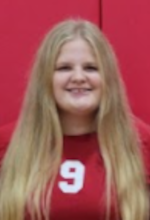 Name: Kennedy Landrus
School: Geneva
Grade: 12
Stats: Recorded 23 kills and nine blocks
Coach’s Quote: “Kennedy has really stepped it up when we needed her to,” said Geneva coach Annah Haeseler. “Three set wins over Lakeside and Perry (with a) strong performance by our senior captain. Way to be a leader on and off the court.”