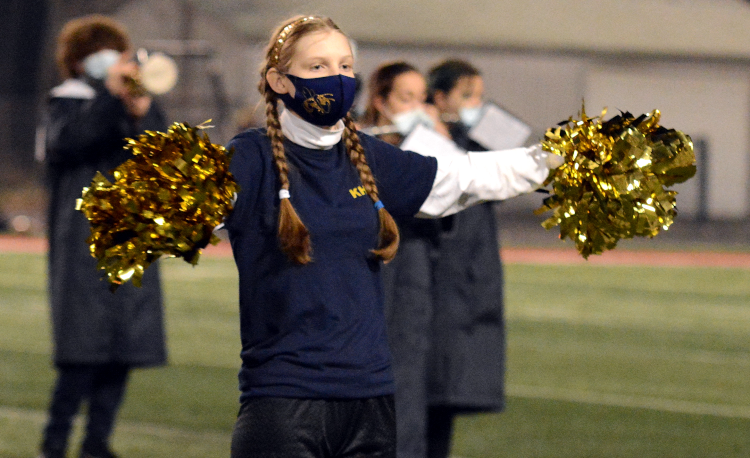 Kirtland had a lot to celebrate on Saturday as the Hornets defeated South Range in both a football and girls’ soccer regional final and junior Reilly Greenlee placed 84th in the Division III girls’ state cross country final.

Erika Zschuppe scored three goals, Leah LaVerde added two and Greenlee added an exclamation point to her day with the final goal in Kirtland’s 6-1 win over South Range. The Hornets have won four straight regional titles and five in the last six seasons. They’ll play Liberty-Benton in the state semifinals on Tuesday in a rematch of last year’s semifinal won by Liberty-Benton, 2-1.

Kirtland’s football team fought off the Raiders in a Division V regional final, 49-35. The regional title was the fourth straight for the Hornets and the ninth in 10 years. It came despite the Hornets giving up 35 points for just the fourth time in the last 109 games.

Independence won its fourth straight Division III Barberton Regional volleyball title on Saturday with a 3-0 sweep over Smithville. The Blue Devils improved to 24-3 on the year and will play Tuscarawas Valley in a state semifinal at Vandalia Butler High School in Dayton on Friday.

Chagrin Falls’ boys’ soccer team saw its magical run come to an end with a 6-1 loss to Warren Howland in a Division II regional final. The Tigers bowed out of the tournament with an 18-3 record.

Greenlee then finished the girls’ Division III race in 20:44 before rushing home for the soccer game at 3:00 p.m.

Hawken’s Nick Garcia-Whitko placed 67th in the boy’s Division II race with a time of 17:08.

The Hawks then placed 14th as a team in the girls’ Division II race.

Senior Ella Gilson fell just 1/10 of a second short in her bid to win a third straight state title. She finished second to Grace Hartman of Oakwood. Hartman finished in 18:04.1 while Gilson was right behind in 18:04.2.