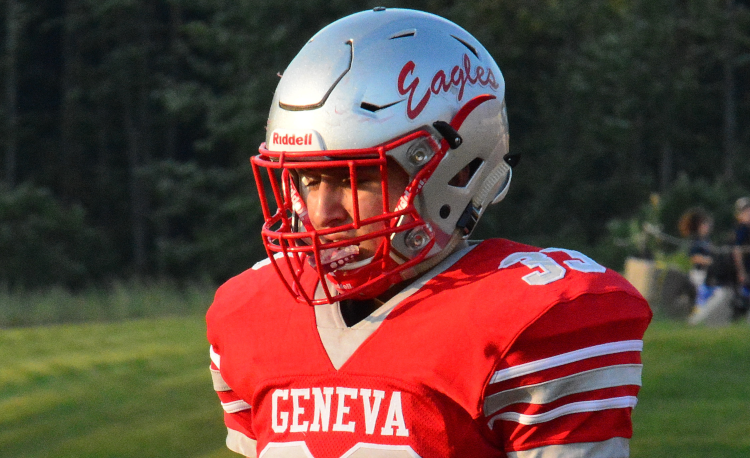 The 2020 high school football playoffs kicked off on Friday and several Chagrin Valley Conference tickets opened the postseason with a win.

Geneva had appeared in the playoffs just once previously—back in 1989—so the Eagles were overdue for another postseason appearance and they made the most of it.

Ben Scibona and Charlie Taylor each ran for touchdowns in the first quarter and Blake Peet added a 33-yard scoring run in the second to give Geneva a comfortable 21-0 lead at halftime.

The Eagles added a 25-yeard field goal and a 33-yard Taylor touchdown run in the third and Taylor closed out the scoring with a 21-yard touchdown run.

Geneva will host Hubbard in the second round on Friday.

Junior kicker Joey DiLalla was the star of the night for West Geauga.

DiLalla booted four field goals, including two in the first half to give the Wolverines a 6-0 halftime lead. His second field goal of the night moved DiLalla to the top of West Geauga’s all-time scoring list.

Danny Stewart closed out the scoring with a 10-yard touchdown pass to Torry Stazzone.

With the win, the Wolverines improved to 3-8 in the postseason all-time.

West Geauga will travel to Saint Vincent-Saint Mary on Friday for a second-round game.

Cuyahoga Heights entered its playoff game with a 1-4 record, but the Redskins found a way to survive and advance.

The Redskins led at halftime, 21-6, then held on in the second half to beat the Mounties.

Mapleton scored 14 straight points in the third quarter to pull to within 21-20 but the Redskins rallied for their own 14-point run in the fourth to close out the win.

Ryan Krajewski ran for 121 yards on 31 carries and scored on touchdown runs of 1 and 4 yards. Luke Torgerson completed 7-of-8 passes for 159 yards, which included a 57-yard touchdown pass. Owen Schuckert connected on all five of his extra-point attempts.

The Redskins, who picked up their 30th playoff win, travel to No. 2 Lucas on Friday.

Lakeside lost to Nordonia, 48-7, in the only other game involving a CVC team.

Several other teams will make their postseason debuts on Saturday.