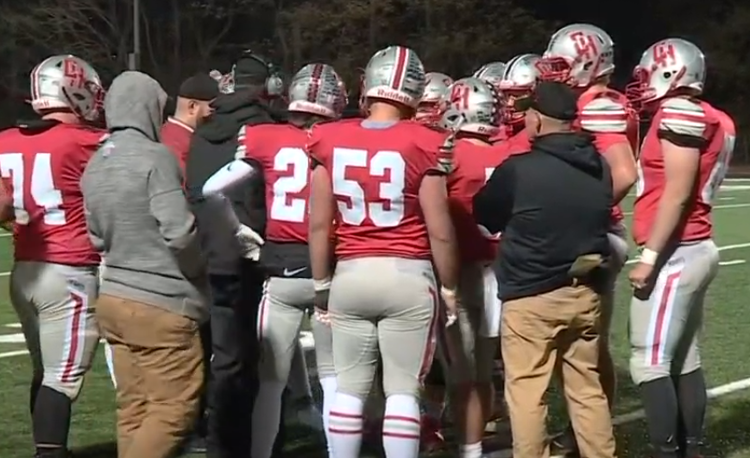 Here’s a look at how each of the CVC teams fared.

The Badgers accumulated 279 yards of offense and had 17 first downs in the contest.

Sam Shafer recorded three touchdowns, including a 64-yard scoring pass to Jason Bartosik, to lead the Redskins to their second straight victory.

Fairport Harding’s defense forced four turnovers and made a goal-line stand in a 22-13 win over visiting Brooklyn on Friday. With the win, the Skippers improved to 2-0 for the first time since 2012.

Rashawn Alston led the Skippers with 135 rushing yards with a touchdown on 18 carries. Sam Schuster completed all four of his passes for 49 yards and two scores in the win.

Penalties and turnovers doomed Geneva in a road loss at Mogadore.

Clearview returned two interceptions and a punt for touchdowns in beating the Red Raiders on Friday. Harvey accumulated 163 yards of offense to Clearview’s 181 but the special teams plays were too much to overcome.

Devin Holbert ran for a 12-yard touchdown for the Red Raiders.

Robert Artrip ran for 248 yards and scored three touchdowns to lead the Blue Devils to a 31-8 win over visiting Trinity at Stan Skoczen Stadium on Friday.

Jake Neibecker and Joey Torok combined for 234 rushing yards and four touchdowns to lead the Hornets to their second win of the season.

Perry nearly matched Chardon’s offensive output but the Hilltoppers made one more big play to pull out the overtime win.

Jacob Allen ran for 100 yards and two scores Drew Schiano threw for 300 yards and four touchdown passes for the Pirates.

Turnovers cost the Wolverines in this neighborhood rivalry. NDCL returned two of five interceptions for touchdowns.

Wickliffe scored 14 unanswered points in the final two minutes of the fourth quarter to defeat visiting Fairview, 28-24, at Memorial Stadium on Friday.