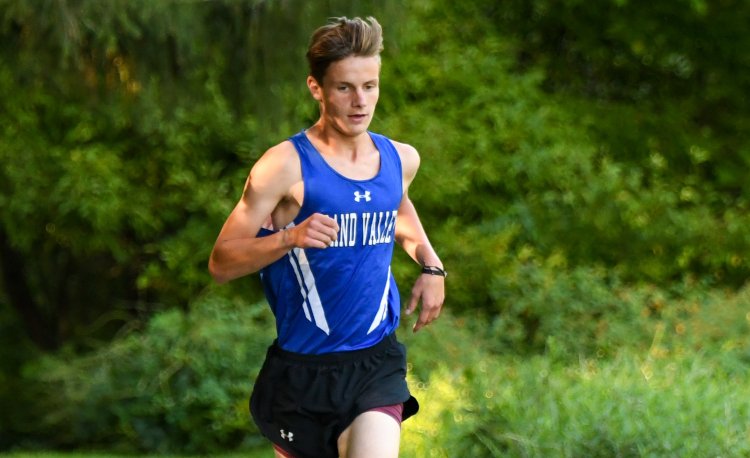 Sophomore Nick Garcia-Whitko won an individual district title with a time of 16:13.

Hawken’s girls’ team also won at Madison thanks to an individual title from freshman Brielle Collins, who finished in 18:49. Elena Padley also placed among the top 20 as she was seventh with a time of 20:03.

Geneva’s Alex Kolhoff was the lone CVC runner to qualify for regionals out of the Division I Madison District. He placed 18th in 16:55.

Beachwood’s boys’ team advanced out of the Division II Lorain District by finishing seventh as a team.

Three other CVC boys’ teams advanced out of the Division II Madison District.

Orange’s Brian Gent and Chris Utech, and Grand Valley’s David Steimle qualified as individuals. Gent placed eighth in 16:54, Utech was 24th in 17:41, and Steimle ran his way to 14th place in 17:02.

Edgewood’s Maddie Crooks finished second to Collins with a tie of 19:02. Chagrin Falls’ Rose Hoelzel placed third in 19:06 and teammate Mila Gresh was fourth in 19:08. Grace Gyetko was West Geauga’s top runner as she finished fifth in 19:09, and Cori Lynch paced the Pirates with a seventh-place finish in 19:53. Renee Tetlow led Geneva with a ninth-place finish in 20:09.

Orange’s Kate Halloran qualified as an individual. She placed sixth in 19:27.

Independence had three runners qualify for the regional meet out of the Division III Lorain District.

Kyle McGovern placed 12th in the boys’ race with a time of 18:08 and Alana Nowak and Gabby McGreevy also area headed to the regional meet after placing sixth and 18th, respectively. Nowak finished in 21:10 while McGreevy crossed the finish line in 22:26.

The Badgers placed fourth as a team with Lucas Leggett and Jarrett Long both finishing among the top 20 runners. Leggett was eighth in 17:26 and Long finished 17th in 18:10.

Reilly Greenlee paced the Hornets, who finished fifth as a team. She placed 19th in 21:28.

Cardinal’s Lily Ayer also advanced as an individual. She placed 11th in 20:38.