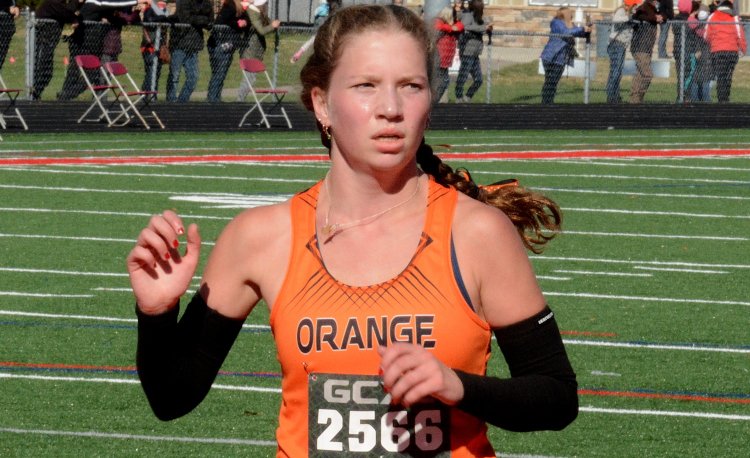 This fall, the CVC Cross Country Championships will be held at the Geauga County Fairgrounds. Three of the four 2020 individual division winners have graduated, leaving each of the races wide open.

Greenlee and the Hornets have a shot at repeating that same feat in 2021.

Five Hornets who placed among the top 20 return this fall. Cuyahoga Heights returns two top 20 runners and Berkshire, Independence Lutheran West, and Trinity each return one.

Kirtland has four returning runners who earned second-team all-CVC honors while Cuyahoga Heights has two, and Lutheran West and Trinity both have one second-team runner set to return this fall.

Hawken won the girls’ Chagrin Division title last fall but the Hawks lost a boatload of talent with the graduation of defending champion Ella Gilson and Juliana Metz, who finished second.

Orange senior Kate Halloran could be the favorite heading into 2021 as she finished third last fall with a time of 20:25). Five runners finished within a minute of Halloran. That group includes Hawken sophomores Elana Padley (21:03) and Camilla Mari (21:13), Edgewood seniors Layce Artman (21:09) and Caroline Nelson (21:19), and West Geauga senior Skye Hackathorn (21:25).

The team title should once again be closely contested as Edgewood, Geneva, and West Geauga each return three runners who placed among the top 20, and Hawken and Perry each have two. Edgewood finished second last fall while West Geauga, Geneva, and Perry rounded out the top five.

West Geauga claimed the boys’ Chagrin Division title last fall and the Wolverines require many of their top runners.

Geneva finished as the runner-up but is one of the teams that could prevent the Wolverines from repeating this season. The Eagles return three top 25 runners from last season including seniors Owen Schroeder (14th) and Bryan Lininger (24th), and sophomore Sam Robinson (21st).

Hawken could be an early favorite to win the Chagrin Division title thanks to four top 20 runners returning.

Other top 20 finishers from last season who return for the Hawks are senior David Hamilton (10th), and sophomores Sam Cohen (15th) and Parker Carrus (21st).

The Badgers and Longhorns both return four runners who placed among the top 25 last season.

Tillett graduated in June, leaving the door open for Steimle or any number of other runners to take home the individual title.