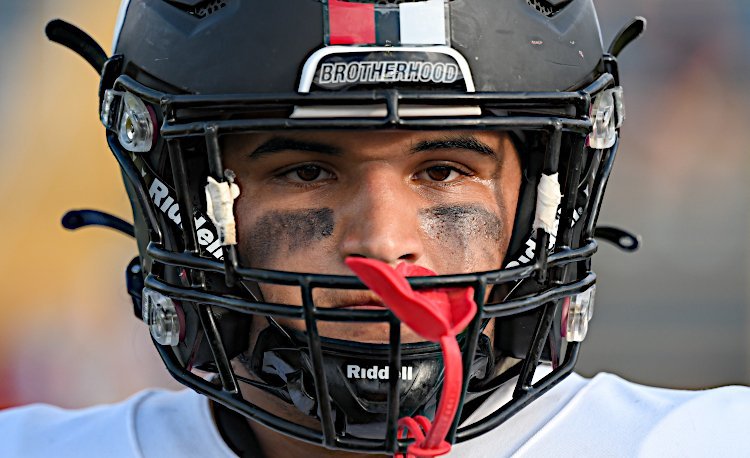 Week 2 kicked off on Thursday with Independence’s 28-6 win over Lincoln West and continued on Friday with 16 games.

The week ends on Saturday as Beachwood travels to John Marshall and Chagrin Falls visits Trinity.

Here’s a look at the action from the weekend thus far.

Independence recovered a fumble on the opening kickoff and scored two plays later in downing visiting Lincoln West, 28-6, on Thursday. Dom Narduzzi completed 5-of-12 passes for 75 yards and a touchdown. Max Tarnowski caught three of those passes for 29 yards. Luke Pascarella ran for 32 yards on six carries.

The Eagles ran for 379 yards in improving to 1-1. Jacob Wilson led the charge with 93 yards and one touchdown on 21 carries, Luke Smith carried 16 times for 92 yards and three touchdowns, and Kenny Young ran 13 times for 82 yards and two scores.

Kirtland’s defense dominated the day in shutting out Lutheran West for the second time in as many seasons. The Hornets took a 14-0 lead with 56 seconds remaining in the half and then recovered a fumble on the ensuing kickoff. A 14-yard touchdown pass from Jake LaVerde to Gino Blasini closed out the scoring with 10 seconds left in the second quarter. The Hornets then held Lutheran West to -7 yards of offense in the second half.

Lakeside is off to a 2-0 start for the first time since 2017 after coming from behind to beat Madison. The Blue Streaks led at halftime, 10-7, but Lakeside scored 21 unanswered points to seal its win. J’Shon Sanders ran for 173 yards on 28 carries and scored three touchdowns in the win. Malachi Matlock added a 60-yard touchdown run and Alex DiSalvatore completed 4-of-4 passes for 71 yards.

Hawken is off to its best start since 2015 after blanking Chippewa on Friday to improve to 2-0 on the year. The Hawks ran for 224 yards in the win. Dominic Johnson led the charge with 24 carries for 200 yards and a touchdown. Lucas Brandt completed 7-of-19 passes for 79 yards with a 32-yard touchdown pass to Ryan Whiting. Julian Javoris added a 26-yard field goal. Hawken’s defense limited Chippewa to just 93 yards of offense.

Perry snapped a seven-game losing skid to former league rival Kenston in dominating fashion. The Pirates racked up 379 yards of offense in the win. Brayden Richards scored five touchdowns including one on a 75-yard punt return, a 38-yard reception, and a 24-yard run. He also threw a 68-yard touchdown pass to Charlie Rockwell, caught one for nine yards, and he ran one in from the one-yard line. Jayden Studio ran for an 83-yard touchdown.

Crestwood rolled to a 28-0 shutout win over Minerva using a balanced offensive attack. Charlie Sommer completed 5-of-9 passes for 74 yards and two touchdowns while Nate Blasiole ran for 176 yards and one score on 25 carries. Tommy Georger added a 19-yard pick-six.

The Red Wolves dominated Brookside on Friday. Cuyahoga Heights racked up 349 yards of offense while allowing just 74. Andy Jakubczak carried 27 times for 126 yards and four scores and Devon Dzik ran for one score.

Brooklyn improved to 1-1 on the year. No box score was available.

A fourth-quarter safety was the difference in Wickliffe’s 8-7 setback to Akron North. The Blue Devils amassed 216 yards of offense to just 105 for the Vikings. Bobby Plumb, the News-Herald Player of the Week for his performance in Week 1, ran for 71 yards on 14 carries and scored Wickliffe’s only touchdown.

Berkshire fell to 0-2 after Coventry jumped out to a 25-14 halftime lead and held the Badgers to just a safety in the second half. Miles Miller ran for 142 yards and a touchdown on 18 carries and completed 15-of-21 passes for 196 yards. Jack Hastings also ran for a score.

The Wolverines dropped to 0-2 following a loss to Streetsboro on Friday. Finn Keenan completed 6-of-12 passes for 65 yards, including a 24-yard touchdown throw to Richard Kretschman.