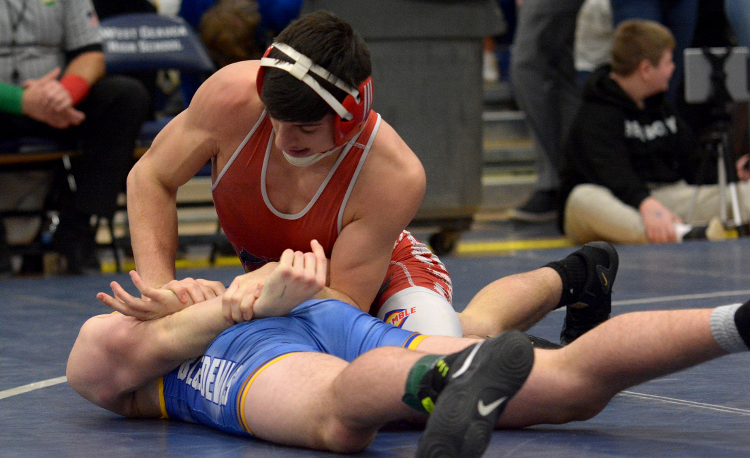 CHESTERLAND—Championship matchups have been set for the 2019 Chagrin Valley Conference Wrestling Championships to be wrestled on Saturday afternoon at West Geauga High School.

Entering the championship round, Geneva holds a slight edge over Cuyahoga Heights for the overall team championship. The Eagles have 189 points while the Redskins have 164.

The Eagles, who have seven wrestlers in the championship round and another four guaranteed to place, are a lock to win their second straight Chagrin Division title. They’re also likely to take home their first individual championship since joining the league four years ago.

With five wrestlers in the championship round, Cuyahoga Heights is well on its way to unseating defending Valley Division champion Independence. The Redskins also have five others who will place among the top six.

Independence has three wrestlers competing for first place and another six who will earn a top-six placement. The Blue Devils enter the championship round trailing the Redskins by 20 points.