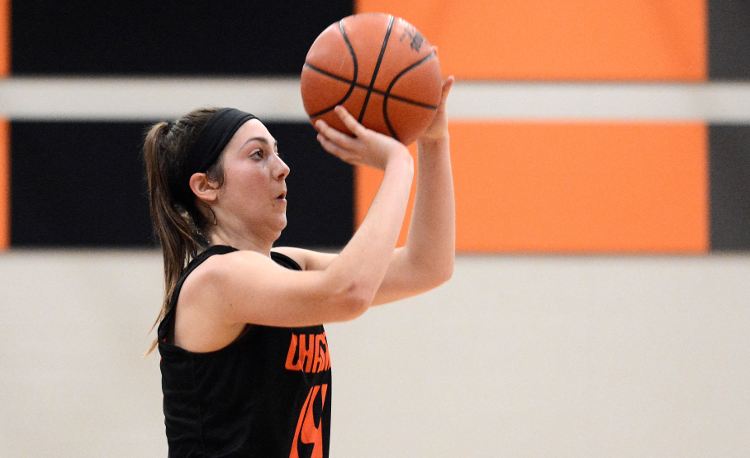 An opportunistic defense and hot shooting led Chagrin Falls to a dominating 62-24 win over visiting Woodridge on Friday.

The Tigers forced several early turnovers, which led to easy baskets and some long-range opportunities as they built a 13-0 lead in the first quarter and never looked back.

“Good defense got us started early,” Chagrin Falls coach Brittany Anderson said. “Turnovers led to our offense going 3-for-3 from 3-point range early in the first quarter. We were able to keep up our intensity through most of the first half.”

Chagrin Falls extended its lead to 31-7 at halftime.

Carolyn Bencko and Bella Dalessandro did most of the damage offensively with 20 and 15 points, respectively. They combined to go 9-for-15 from behind the arc.

With Woodridge forced to extend its defense, the Tigers took advantage inside.

“Ball movement offensively was key and everyone was able to get involved in an inside-outside game,” Anderson said. “Kwasny and (Emma) Livingston combined for six blocks inside and did a great job of playing help-side defense in the paint.”

The Tigers were equally effective on defense.

“Our defensive rotation was outstanding and everyone was able to get involved in some way to force a steal, turnover, or deflection,” Anderson said. “We did an excellent job attacking the paint and kicking out to the open shooter on offense. It was an outstanding team win overall.”