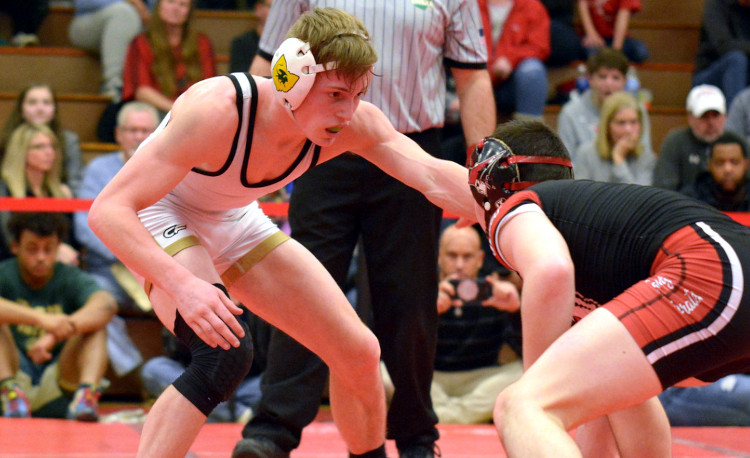 Lakeside’s wrestling team hit its stride late last season and the Dragons open the 2020-21 season eager to build off of the momentum they created last winter.

Several new faces are in the lineup and there a host of young, inexperienced wrestlers who need mat time, but fifth-year head coach Andy Horvath is excited to see what this year’s squad can accomplish.

“We have a good core group of returning letter winners that will fill out much of our lineup, however, we have a tremendous group of underclassmen as well that are excited to work hard and improve themselves and the team daily,” Horvath said. “With a returning district finalist and several other experienced athletes, we are looking to improve on our fantastic end of last season.”

Senior Ethan Wannett is the most decorated Dragon in the lineup as he is a three-time district qualifier and one-time state qualifier.

He finished 37-9 last season with 21 pins and placed second at the district tournament. COVID stripped him of his chance to wrestle at the state tournament.

“Ethan is the heart and soul of Lakeside wrestling,” Horvath said. “The consummate workman, he lives to compete in everything he does. He is a kid the leads by example and many of our athletes look to him as a role model.”

Wannett, who will wrestle 138, hopes to return to earn another shot at competing in the state tournament and he is closing in on second place for all-time career wins behind Kyle Conel, who won a state title in 2014 and then placed third at the 2018 NCAA championships as a member of the Kent State wrestling team.

“Kaleb had a very successful sophomore campaign and looks to capitalize on the valuable experienced gained during his postseason run last year,” Horvath said.

The rest of the Lakeside lineup is a work in progress.

Freshmen Lucas Eland and Andrea Rocha will compete at 106.

“Pound for pound, (Eland is) one of the strongest athletes on our team. Lucas thrives in an environment that is challenging,” Horvath said. “Andrea is a hard-nosed girl that continually displays she enjoys the process of bettering herself.”

Sophomore A.J. Rodrigo will wrestle at 113 with Rocha also seeing time at the weight class. Rodridgo was 1-5 last season.

“Coming off a freshman and rookie season where A.J. saw limited varsity action, he is working hard daily to improve on his efforts last season,” Horvath said.

Sophomore Derek Briggs is projected to compete at 120 or 126. He finished 10-18 last season with eight pins.

“Derek is a scrappy kid who is incredibly hungry to continually become a better wrestler,” Horvath said.

Senior Adrianna Hutson will wrestle at 132.

She finished 16-4 last season with six pins and placed fourth in the girls’ state championships.

“Adrianna loves to work and is consistently working to improve her technique and those around her,” Horvath said.

Sophomore Malachi Donahue will compete at 145 after finishing 9-17 with six pins last season.

“Malachi is a great kid that brings positive energy to our wrestling room daily,” Horvath said. “Although he struggled early in his freshman year, the growth in Malachi’s technique at the end of the year began to really complement his tremendous athleticism. “

Senior Luis Guevara will battle sophomore Malachi Matlock for the top spot at 152.

Guevara was 4-2 with two pins last season before suffering a season-ending injury. Matlock missed the entire season with an injury.

“Despite his setbacks, Luis has worked extremely hard to return to the mat and compete to the best of his ability his senior season,” Horvath said. “Malachi was a tough junior high wrestler who is excited to return to the mat. We look forward to watching Malachi’s development.”

“Andrew is a junior high state qualifier with only two losses in his eighth grade season,” Horvath said. “Andrew loves to compete and thrives when under pressure.”

“Lorenzo has grown up on a wrestling mat and is most comfortable when competing. Lorenzo was unable to compete last season due to injury and we look forward to watching Lorenzo return to the mat,” Horvath said. “Thomas loves to compete and returns with considerable varsity experience. He will split time between 170 and 182 as needed.”

Siebeneck was 5-3 with one pin last season.

“Garrette is a wrestler who paid his dues as an underclassman acquiring considerable JV experience. Garrette looks to build on previous JV and varsity successes this coming season,” Horvath said. “Christian has a tremendous work ethic and attacks each day with a passion for what he is doing. We look forward to watching Christian’s hard work pay off and lend itself to his development as a wrestler.”

Senior Kevin Pettit will wrestle at 220 while freshman Hassani Sy will compete at 285.

“Kevin is a hard worker and a leader whose experience will be invaluable at both 220 and heavyweight,” Horvath said.

Thanks to COVID, the preseason hasn’t gone according to plan but the Dragons are eager to hit the mat and gain the experience they’ll need for a run at the postseason.

Horvath and his coaching staff are excited about the potential their wrestlers possess.

“Our team is incredibly gifted athletically,” Horvath said. “While we are working extremely hard at building a tradition of youth wrestling at Lakeside, many of our varsity wrestlers have just a few years of experience under their belts starting in junior high or as freshmen. However, while mat savvy and technique are still being developed in some, we do very well with being able to be explosive athletes and push the pace of the match. We will find success if we capitalize on creating matchups to exploit these abilities.”