Dragons ready for next step 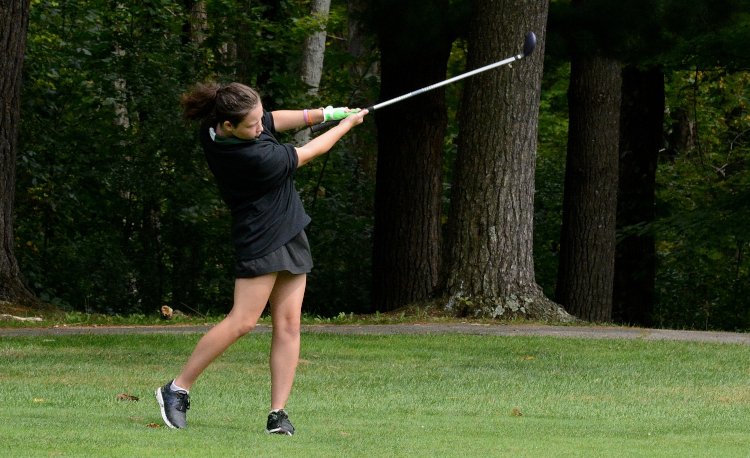 Lakeside returns five varsity golfers from last season, leaving the Dragons optimistic about their potential in 2021.

The Dragons won five matches last season but have the potential to take another big step in their development.

“With five returning student-athletes, all being juniors and seniors, I look forward toward our ability to maintain our growth and continue to improve on a daily basis,” said fourth-year Lakeside coach Bryan Schlaich. “With each season, we have developed tremendously from the previous year. This year, I expect that development to rise. The improvement made each year has been encouraging and inspiring for the new freshmen on the team to look up to for guidance.”

Leading the way for the Dragons this fall are two All-Chagrin Valley Conference performers in senior Hannah Mathias and junior Tayler Wilber.

Mathias averaged 52 strokes per nine holes and 96 per 18 last fall on the way to earning honorable mention all-conference honors.

“Hannah has taken the team leader role and proved to be a willing and hard worker,” Schlaich said. “She has developed a smart mind for golf and thinks through the game better each day.”

Wilber enters her third season on the varsity squad. The second-team All-CVC performer finished her sophomore campaign with a 55-stroke average in nine-hole rounds and 109 per 18.

“Tayler has improved each season and learned to minimize the mistakes that can be made when playing,” Schlaich said. “Smart play and continued practice have developed her into a great role model for the incoming freshmen.”

“Katelyn works tremendously hard to improve her scores. From where we left off last season to where we picked up this season, the improvement made will be tremendous this season,” Schlaich said. “Marissa does all of the things necessary to improve her game. She plays smart and works hard during practice to get to the next level.”

Senior Amber Baldwin returns for her third year on the varsity team.

“Amber has made great strides each season,” Schlaich said. “As a senior with previous seasons worth of experience, she is going to play a large part in the continued growth of the team.”

Freshmen NeVaeh Carlo and Alissa Wheeler will provide the Dragons with depth.