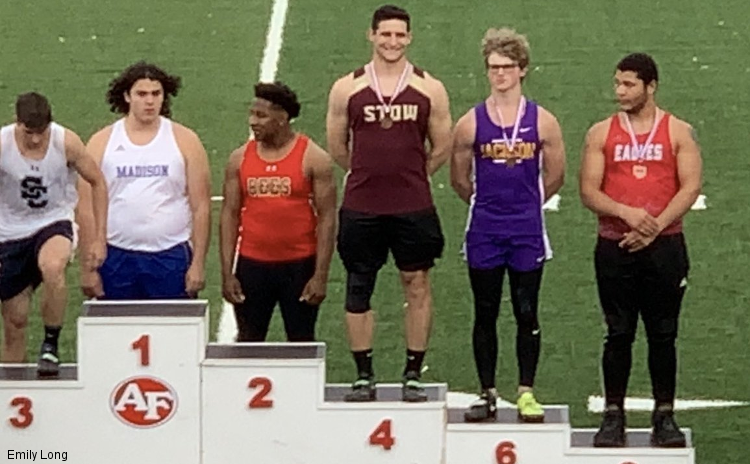 After Day 1 of the Division I Austintown-Fitch Regional Track & Field Meet, several Geneva athletes have their state dreams intact.

Junior Tayler Jamison advanced to the finals in the 200-meter dash and two different relays.

Joy will also compete on Friday in the finals of the 800-meter run.

Sophomore Charlie Taylor finished in eighth place of the discus throw. He earned a spot on the podium with a throw of 145-feet, 4-inches. Taylor has one more chance to earn a trip to state if he can finish among the top four in the finals of the Shot Put on Friday.

Other Geneva athletes competing in Friday’s finals include freshman Gabbi Selman, who will compete in the pole vault, junior Jacob Mirabell, who will run the 1600, and senior Forrest Long, who will run in the 800.