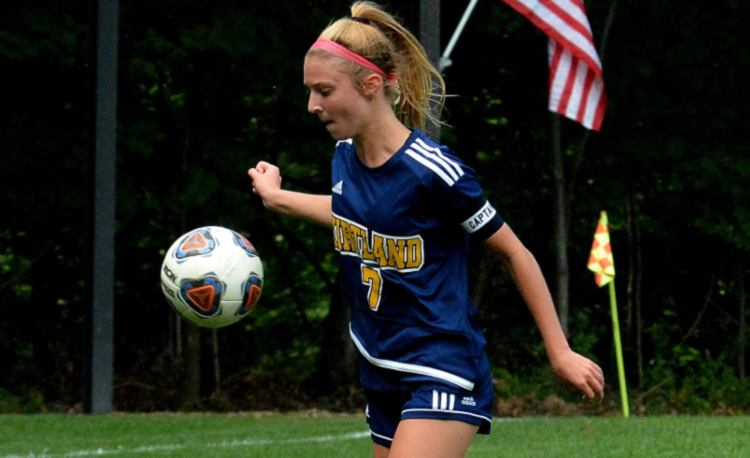 Early goals by Erika Zschuppe helped Kirtland leave Independence with a 3-1 non-conference victory over the Blue Devils on Tuesday.

Zschuppe scored two goals off assists from Aria Evans-Roskos and Maya Zovko to give the Hornets an early 2-0 victory. Zschuppe then set up Lidia Rodin in the second half to push the Kirtland lead to 3-0.

“I felt like we controlled the majority of possession and moved the ball nicely from sideline to sideline but at times it was difficult to get past the number of people that were staying back,” Kirtland coach Ed Bradac said. “I feel like we have a lot of room to get better and grow as a team. We’re 3-0 and have scored nine goals and have given up one so far in the season. We just simply need to find the right mix and I know we will.”

Corinne Aquila finished the game with three saves. She allowed just one penalty kick goal late in the game.

“One of her saves was a point-blank shot and she came out and defended it,” Bradac said. “We were solid defensively. Corinne was kept clean for most of the game.”

Molly Dougherty broke Kirtland’s shutout streak when she converted the penalty kick opportunity late in the second half.

“Kirtland played very well, as we expected,” Independence coach Bryan Less said. “Outside of the final 30 minutes of the first half, we played right with them. I told the team we could have won the game if we competed throughout. We did though play very well in the second half and the goal we conceded was almost against the run of play.”

Kirtland (3-0) travels to Hawken on Thursday while Independence (2-1) plays at Lutheran West.