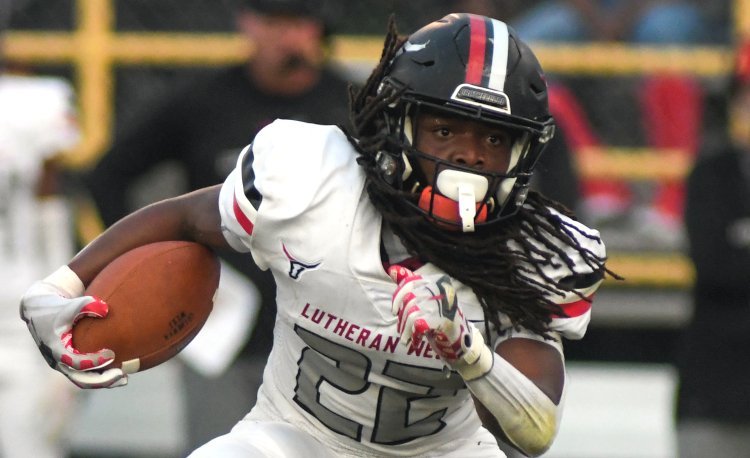 Five Chagrin Valley Conference teams extended their seasons with a win in their postseason opener on Friday.

Cuyahoga Heights, Geneva, Kirtland, Lutheran West, and Perry all opened the playoffs with a win on Friday.

The sixth-seeded Red Wolves exacted revenge over No. 11 Cardinal with a 35-26 win on Friday in a Division VI, Region 21 showdown. The Huskies had beaten the Red Wolves in Week 9, 16-10.

Devon Dzik completed 7-of-12 passes for 82 yards and a touchdown in the win and Andy Jakueczak led the Heights rushing attack with 107 yards on 23 carries with two touchdowns. Dzik added 61 yards on 12 carries with a pair of scores. Francis Connors caught all seven of Dzik’s passes and scored one touchdown.

Cardinal’s Josh Soltis ran for a game-high 160 yards on 20 carries and he scored two touchdowns.

Cuyahoga Heights (8-2) advanced to play at No. 3 Valley Christian, a 53-0 winner over Trinity.

Kenny Young threw a five-yard touchdown pass to Luke Smith with 17 seconds left to tie the game and Owen Pfeifer’s point after sent the Eagles to a Week 12 showdown at two-time defending state champion Chardon on Friday. The Hilltoppers are the region’s top seed.

“It’s a big win for our guys, no doubt about it,” first-year coach Don Shymske told The News-Herald. “We were down by a couple touchdowns and were having a hard time stopping them, but the guys kept plugging away. We blocked a couple extra points, and that ended up being the difference in the game.”

Trailing 34-21 at halftime, the Eagles went to work in the third quarter.

Jake Wilson scored on a three-yard touchdown run, Bryce Peet added a five-yard score and Wilson ran one in from 67 yards to give the Eagles a 42-34 lead heading into the fourth quarter.

The Lancers scored two touchdowns to take a 48-42 lead but the Eagles wouldn’t be denied.

Kirtland cruised to a 48-6 win over Independence to collect its 13th straight Week 11 win.

Phil LaVerde opened the scoring with a seven-yard touchdown run and Gino Blasini added a 58-yard punt return for a touchdown.

Independence got on the board when Max Tarnowski recovered a fumble and returned it to the Kirtland six. Rory Corrigan threw a three-yard touchdown pass to Luke Pascarella on fourth-and-three to cut Kirtland’s lead to 14-6.

The top-seeded Hornets then scored 34 unanswered points to set up a Week 12 showdown against visiting Hanoverton United, the ninth seed in Division VI, Region 21.

No. 8 Lutheran West cruised to a 31-0 win over No. 9 Toledo Scott in Division III, Region 10 to claim its first postseason win in school history.

The Longhorns, who were 0-3 in three previous playoff games, struck early with a 10-play, 53-yard scoring drive to open the game.

Noble added a one-yard run and Bryce Groppe drilled a 35-yard field goal in the second quarter to push the lead to 17-0 at the break.

Walter Moses completed 7-of-8 passes for 124 yards and three touchdowns in the win. Moses also ran for two scores. Jayden Studio led the Pirate rushing attack with 71 yards on seven carries with one touchdown. Jaden Hacking, Owen Tomasic, and Brayden Richards each caught touchdown passes and Owen McKoon ran for a 17-yard score. Cade Schiano returned an interception 36 yards for a touchdown and Tomasic returned a fumble 34 yards for a second defensive score.