Four Chagrin Falls athletes sign to compete at next level 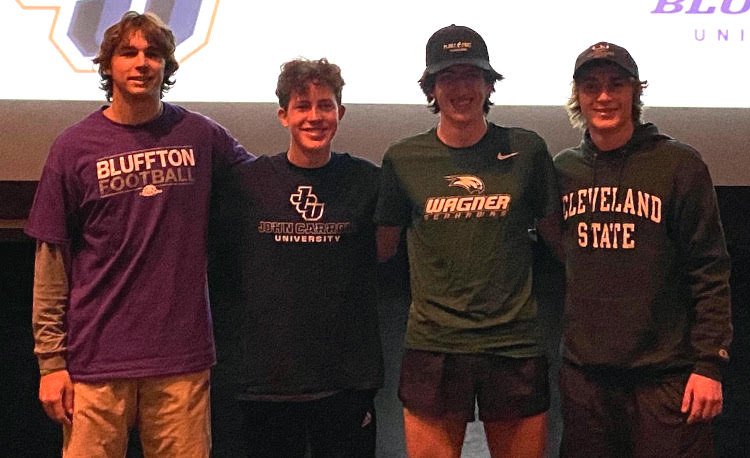 Four Chagrin Falls student-athletes will continue their education and athletic careers at the next level after a signing day ceremony at the school on Wednesday.

Moore is a two-year letter winner in football and a three-year letterman in lacrosse. As a senior, he was named all-conference and all-Ohio in football. He plans to major in criminology.

Zimcosky, who won state titles in 2019 and 2021, is a four-year letterman. He was named the Chagrin Valley Conference’s most valuable player in 2019 and 2021. He plans to major in computer engineering.

Longo is a four-year letterman in both cross country and track. He competed at the state cross country meet in the fall. He plans to major in finance.

Bourne also earned four letters in cross country and three in track. He joined Longo at the state cross country meet in the fall. He plans to major in political science or marketing.