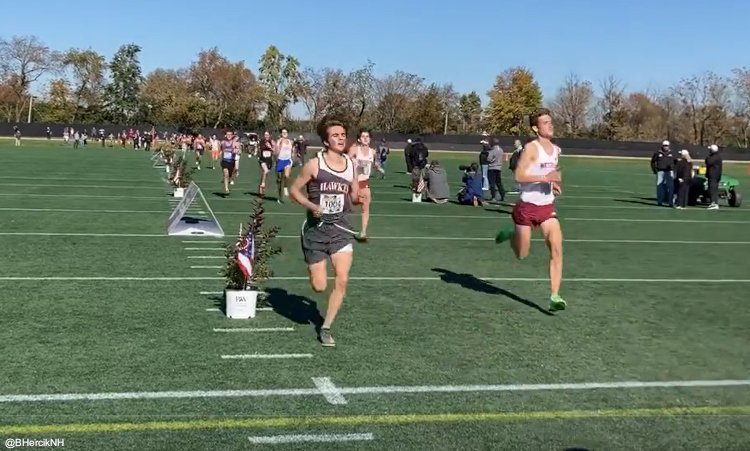 Four Chagrin Valley Conference runners finished among the top 30 at the OHSAA Cross Country Championships over the weekend to earn All-Ohio honors.

West Geauga senior Grace Gyetko and Orange senior Kate Halloran both finished among the top 40. Gyetko placed 32nd in 19:12 while Halloran was 40th in 19:23.

Edgewood freshman Maddie Crooks suffered an injury around the two-mile mark and did not finish.

A top 10 was a goal for @Hawken_XC sophomore Nick Garcia-Whitko knew that he needed to have a new PR if he wanted to end up on the podium #NHXC pic.twitter.com/LC6uMk3sEm

A 14th place finish for @Hawken_XC freshman Brielle Collins was big, but she felt like she went off to fast and had to adjust her strategy mid race #NHXC pic.twitter.com/LsAURZ6WxR

It was a slow stare for @ChagrinAD Mila Gresh. The sophomore knew she had to make a move if she wanted an All-Ohio finish that she ended up with #NHXC pic.twitter.com/Ilj6u4Z0sm

Cori Lynch made the most of her opportunity at the state meet and earned All-Ohio honors. Safe to say the @Perry_Pirates senior was elated with her results #NHXC pic.twitter.com/HQxra3QMvS