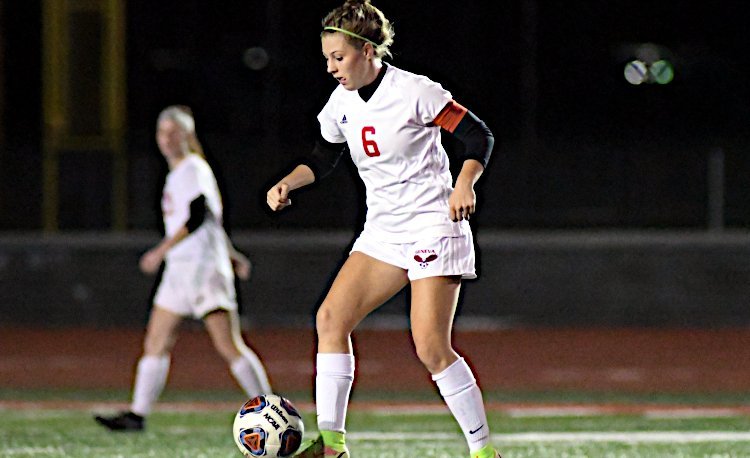 After signing a National Letter of Intent with Valparaiso University in Indiana, that dream has turned into a reality.

“It is beyond exciting and something I will never forget,” Schiemann said of her signing. “Getting the opportunity to play at the Division I level as well as get a great education is very exciting.”

Head coach John Marovich reached out following Schiemann’s performance at a showcase in Tennessee, and after several communications, Schiemann visited the campus and found the perfect fit.

“I went on the visit and fell in love with the environment,” she said. “I knew right then I wanted to play for Valpo and so I made a verbal commitment about a week later. I am so excited to be signing to such a great school.”

Schiemann felt comfortable around the coaching staff and current players and felt right at home on campus. She also feels confident she’s going to fit in well in Coach Marovich’s game plan.

“Valparaiso has such amazing people that really do care about you. This is one of the main reasons I chose Valpo,” she said. “Another reason is the next level competition for soccer it has to offer. Coach John likes my style of play and I’ll be a good fit for the team.”

Schiemann terrorized opposing teams over the past four seasons in high school and she’s hoping to do the same at the next level.

She closed out her career with 75 goals and was a three-time first-team All-Chagrin Valley Conference selection. She was named the league’s MVP last fall and also was the Ashtabula County Player of the Year in 2020-2021.

In addition, she was named All-Greater Cleveland three times and was her team’s MVP twice. Schiemann also earned team awards for Heart and Hustle and Leadership.

“Throughout my high school career, I learned that teamwork and leadership play a big role in the game,” she said. “I think that I have grown a lot throughout high school and will bring it into my college play.”

Schiemann learned a lot as a high school athlete and she hopes her path to Valparaiso will inspire others to chase down their dreams of playing in college.

“My advice to younger athletes would be to always push yourself and show up; the hardest part in life is showing up,” she said. “Show up and get to work. A piece of advice for younger players in the recruiting process is to get talking to college coaches, play in front of them as soon as you can, ask questions, and keep in contact often.”