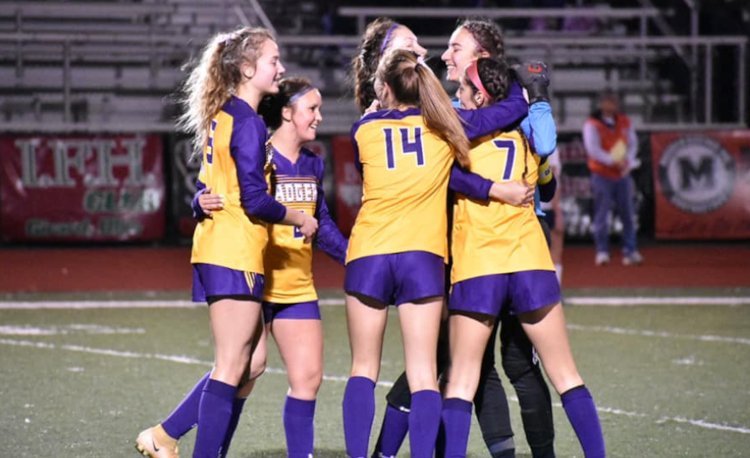 Berkshire’s girls’ soccer team lost an All-Ohioan but the Badgers aren’t dwelling on who isn’t returning this season.

Instead, fifth-year head coach Ian Patterson is confident his squad is reloaded for another run at the regionals, albeit in Division II this year after bumping up from Division III.

“Heading into the 2022 season, I think we are completely reloaded ready to make another strong statement for our program this fall,” Patterson said. “As (Chagrin Valley Conference) Metro Division champions a year ago and returning nine starters who have regional experience from the last two seasons, I think we’re in a great position to take another step forward with our program this year. Being bumped up to OHSAA Division II this fall will present new challenges, as well as new opportunities, come postseason, and personally, I’m very excited to be tested and see how far we’ve really come in the last five or six years with this program.”

The Badgers finished 14-4-3 overall last fall and went 3-1 in the postseason on the way to winning a district title.

All-Ohioan Summer Larch has graduated but the Badgers return a potent offense.

“The biggest losses we suffered from our graduating class would have to be graduating Summer Larch, who earned All-Ohio honors a season ago and was the most clutch goal scorer I’ve seen at any level of soccer,” Patterson said. “Losing a player that we all had confidence in to score a goal when we needed it most will be our biggest challenge, however, among our returning players we scored 66 goals on 62 assists last season. Led by seniors Brooke Ruchalski, Tara Barcikoski, Jordyn Wichert, and juniors Alyssa Lawson and Evania McCandless, this year we add in freshman Kelly McCandless to the mix and I think we have everything we need to fill those shoes of Larch.”

“Brooke is looking to become just the fifth player in school history to join the 100-point club and we have all the confidence in her that she can achieve that and more this fall,” Patterson said.

“She can play anywhere on the field and excels in any role we ask her to play,” Patterson said.

“Alyssa is a very high IQ player that can also play any position on the field with confidence and do her job effectively,” Patterson said. “There have been times that Alyssa has played multiple games without turning the ball over a single time.”

Barcikoski, a midfielder, added eight goals with 12 assists. She was a second-team all-district and honorable mention all-CVC honoree.

“Tara is coming back off a great season for us where she locked down the middle of the field and created many goal-scoring opportunities in big-time games,” Patterson said. “She even scored a goal directly from the corner in our season opener against Chardon on our way to the 3-2 comeback win last year.”

“Lanie has been a contributing member of the program since her freshman year and has developed into the leader of our team this fall. She is a very tough-minded player that is going to make opponents have to earn it if they’re going to score a goal or even get a shot off on our defense,” Patterson said. “Abbi is another very tough-minded player that has carved out a nice role the last few seasons playing outside back for us. She is a very aggressive defender but also likes to join the attack on the outside when the opportunity presents itself.”

Wendl will mind the net again this season for the Badgers. She earned second-team all-conference and all-district honors after recording 108 saves and allowing just 32 goals in 21 games last season.

“Sarah has started over 40 games in goal coming into her junior year including eight postseason games, two regional appearances, and currently has the school record for saves in a game, saves in a season, and saves in a career,” Patterson said.

Berkshire’s talent and experience should once again keep the Badgers in the hunt for the CVC title, but they’ll be tested in the Division II postseason.

“In order to be successful this season, our team has to dig deeper than we have ever gone before in order to compete at the DII level in the postseason,” Patterson said. “We have to make a conscious effort to get better every day and not be complacent with our abilities now. Our regular season schedule will give us opportunities to play against some top-notch opponents and if we can learn from those contests and improve our game from them we will be in a great position to achieve the goals we have set for this group.”