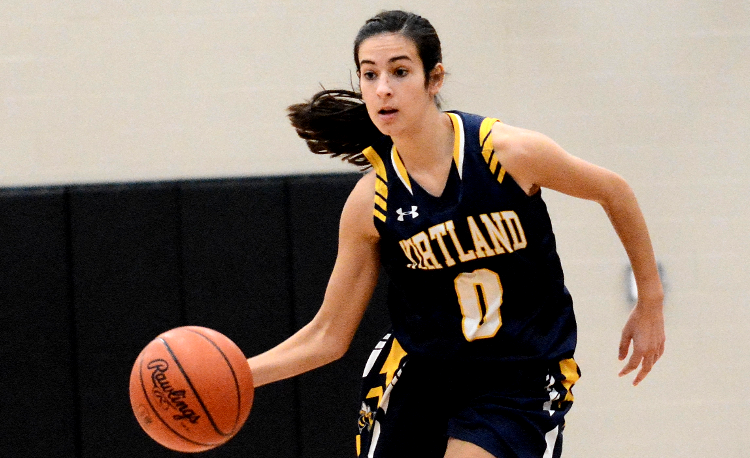 Sophomore Reilly Greenlee scored a career-high 20 points to lead Kirtland to a 58-28 win over visiting Grand Valley in the Chagrin Valley Conference opener for both teams.

Greenlee scored 11 of her 20 in the first half as the Hornets built a 31-13 halftime lead.

“She was definitely in an offensive mindset,” Kirtland coach Brittany Zele said. “She put in some extra work before practice going over our plays. She was just in attack mode. She had great drives, great passes and she was just hitting everything.”

The win helped the Hornets put behind them their first loss of the season—a 63-35 setback to Perry—and kicked off Zele’s first season in the CVC Valley Division on a positive note.

“It was definitely important for us, especially for me, because it was my first conference game,” Zele said. “I didn’t know what to expect from the CVC Valley teams so it was a good look. Grand Valley is a good team. I’m excited to play them again.”

Kirtland dominated the first three quarters of play to take a 51-18 lead into the final eight minutes.

The Mustangs outscored the Hornets in the fourth, 9-7.

Lauren Snyder contributed to the win with 13 points and Leah LaVerde and Macy McIntosh both scored eight for the Hornets. Amber Yurick and Julia Camino added seven and two, respectively.

“It was a team game,” Zele said. “Besides Reilly having the 20-point night, everyone else was scoring. Everyone scored except our two JV players we brought up and our assists were skyrocketing compared to our first two games.”

Distributing the ball helped the Hornets to spread the wealth and to create great shots instead of good ones.

“They actually ran our plays,” Zele said. “Our posts are very eager to attack so we’re getting them to slow down and allow the cuts to happen. That’s where we’re getting our assists, from our post players letting everything develop and we’re not turning the ball over because we’re getting open.”

Yurick was especially sound in the paint.

“She did a great job posting up and getting positioning,” Zele said. “When she got the ball she allowed our guards to cut through and she was able to read when she was able to hand it off and pass it.”