Harvey focused on next step 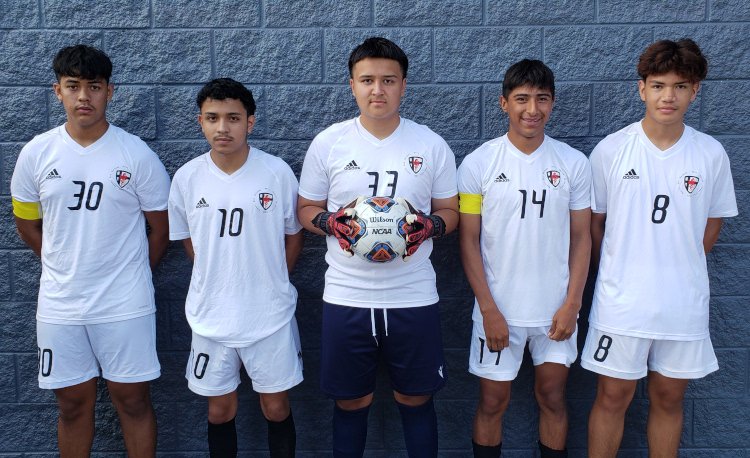 Harvey put together one of the best seasons in program history last fall.

With nine returning starters and a host of others with talent and experience, the Red Raiders hope to take the next step and stake their claim to the Chagrin Valley Conference Chagrin Division title.

“As a coaching staff heading into this season, we feel really great about this team’s potential to compete for the CVC title given the talent, experience, and depth we have on the roster this season,” said fourth-year Harvey coach Natalie Sisler. “We have a strong combination of returning experienced players and young talent that could develop this season into valuable contributors.”

The Red Raiders won 14 of their 17 games in 2020 and finished 4-1 in league play with wins over perennial powers Chagrin Falls and West Geauga.

Harvey’s challenge is replacing the 12 seniors who graduated last fall, several of who played key roles.

One of Harvey’s most notable losses was two-time captain Alex Llamas, who was an all-conference and All-Greater Cleveland goalkeeper.

Junior Adan Torres is expected to step in and pick up where Llamas left off.

“Adan is an elite goalkeeper who can make big saves as well as distribute the ball,” Sisler said. “We are looking forward to seeing him develop as a leader on this team.

Sophomore Mason Haffa also could see some time in the net.

Adding to Harvey’s woes on the defensive third is the loss of key defenders Jony Pina and Brayan Torres.

The good news is Harvey returns three of four starters in the back.

“Johny is the keystone of our defense,” Sisler said. “He is our leader on defense and can play at defensive mid if needed. Really, the sky’s the limit for Johny as he is just scratching the surface of his ability and talent.”

“Brian is a great defender who is always consistent and he is also a threat when going forward with his passing ability. He is a multi-year starter with a wealth of experience,” Sisler said. “Manuel is our best player aerially attacking and defending on corners. Manuel has really matured into a key player for our backline. Juan provides us a defender who can play both inside and outside, which is a great luxury. His versatility will see him impacting games for us in many ways as an experienced defender.”

Offensively, the Red Raiders lost a highly-decorated player in Dulio Torres, but again, Sisler has the pieces in place to minimize that loss.

Senior Julio Espinoza earned plenty of recognition of his own after his performance last season. He was named first-team All-CVC and second-team All-Greater Cleveland after finishing the season with seven goals and 13 assists.

“Julio is one of our most talented players,” Sisler said. “He is consistently productive and can create not only for himself but also for others. He is a very balanced player who can do everything at a high level. We are expecting him to be one of the top players in the area this season.”

“Roberto is a strong attacking left mid who is about to be a rare four-year letter winner in the program. Roberto can really put pressure on other teams with his ability to pass and score,” Sisler said. “Edgar is our X-factor on this team. He has the ability to create a matchup nightmare for opponents outside with his skill and toughness. Jose brings experience and stability to central midfield. Brandon will play a pivotal role this season. We look forward to seeing his spectacular play continue to develop. Kevin is one of our most talented underclassmen. He can be electric with the ball at his feet. Kevin could be our breakout player this season.”

Up top, Harvey will again be dangerous with sophomore David Torres, a second-team all-conference performer, and juniors Marcos Perez and Josue Rodriguez.

Torres scored nine goals with seven assists as a freshman.

“David, when in form, creates a real threat to score up top. He is still developing into a great player,” Sisler said. “Marcos came on real strong late last season. Marcos had a strong offseason and will definitely be a dangerous weapon for us at forward. He is highly competitive with an aggressive edge that we like in a player. Josue came into Harvey with expectations based on his middle school accomplishments but has taken time to develop. He has great potential and can create issues with his speed. If he continues to develop as he has over the summer, he will play a key role in our forward rotation.”

Harvey enters the season with plenty of talent, experience, and depth.

But, the Red Raiders will have to play with intensity and discipline in every game to build off of their success from last season.

“Our biggest challenges will be remaining focused and disciplined day to day on improving and not getting distracted,” Sisler said. “Players need to be focused the full game and limit their mistakes. As long as players can commit to the process, I think we will be very successful. Furthermore, players cannot get too high or low from results being a win or a loss and keep pushing each other.”