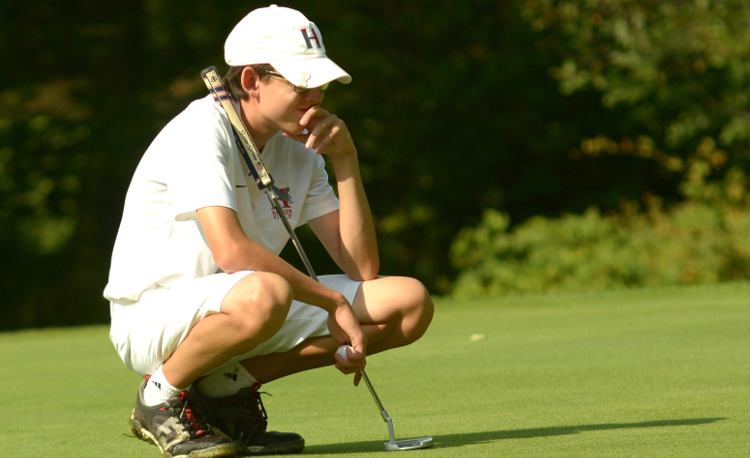 After winning the Chagrin Valley Conference and earning a trip to the state tournament in 2018, Hawken’s boys’ golf team is eager to return to Columbus this fall.

“These three players will be the pillars of this year’s team,” Hawken coach Bert Kovarik said. “Qualifying for the state finals was a tremendous accomplishment for last year’s team.”

Covitt, the reigning CVC Golfer of the Year, is a four-year varsity golfer. He shot a season-low of 35 and averaged 38.9 strokes in nine-hole matches. He carded a best tournament score of 70.

Hill, who also has been a member of the varsity team for four seasons, was named first-team All-CVC last fall. He averaged 41.5 strokes per nine holes and posted a best score of 37 last season.

The Hawks, who won both the CVC preseason and postseason tournaments, competed at state for the first time in 40 years.

To earn a return trip, Hawken must fill out the starting lineup with underclassmen. Sophomores Cooper Bryan, Jack Speigle, Peyton O’Keefe and Quinn Petersen are fighting for the final three spots.

“This year’s team has the goal of returning to state and finishing higher than last year,” Kovarik said. “In order to do that, we need to fill positions, 4, 5 and 6. We are looking forward to another successful season.”