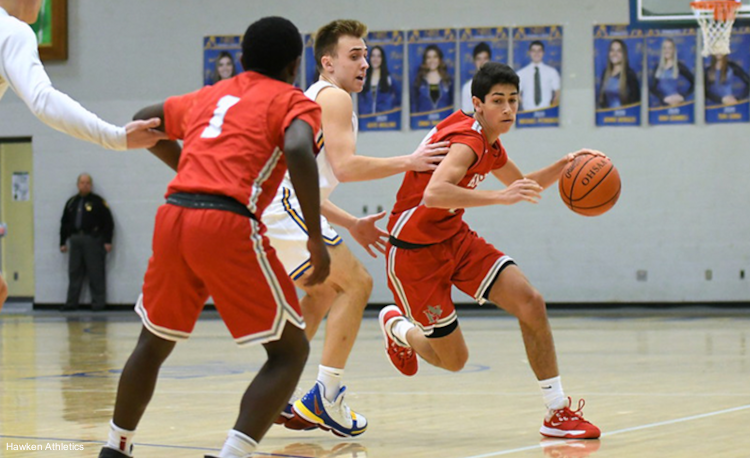 That returning talent, coupled with the experience the Hawks gained last season, leaves the team optimistic about its opportunities in 2020-21.

“We are excited about this year’s team,” Nugent said. “We have a lot of experienced players returning as well as some young players that we feel will have an impact on the team.”

Hawken is guard-heavy and it’s that frontcourt that should lead the way on both ends of the court.

While the Hawks won’t be as big as many of their opponents, Nugent hopes to counter that disadvantage with a tenacious defense attacking offense.

“Having a core group of players return from last year will help the team. They are familiar with our philosophy on both ends of the court and that will help as we head into the year. We also have a lot of depth at the guard position so we plan to attack from the perimeter and in transition as much as we can,” Nugent said. “We will face many teams with more size than us. We hope to counter that with an aggressive style of basketball on both ends of the floor.”

“Eli is a tough-minded player that is difficult to keep away from the rim,” Nugent said. “When he gets going downhill, he is hard to stop. He played through some pain at times last year and really inspired the rest of the team.”

“Shin’s motor and energy have such a positive impact on the team,” Nugent said. “He is one of the emotional leaders of the team.”

“Cooper does a little bit of everything for our team,” Nugent said. “He is both the ‘glue guy’ and a
‘Swiss army knife.’ He is a captain for our team and he can play all five positions if needed.”

“Eddie is a really good shooter with a high basketball IQ,” Nugent said. “He is also really crafty when finishing around the rim.”

“Dom is the engine that makes our team go,” Nugent said. “He commands the offense and sets the tone on defense. He is a relentless competitor.”

“Khalil has emerged as a leader for our team. He holds everyone on the team, including himself, to a high standard,” Nugent said. “Jalen got limited minutes last year but we are expecting big contributions from him this year. He has an edge and a scorer’s mentality that gives our team a different dimension when he is on the floor.”

“Terrence brings a toughness to our team. He is the starting quarterback on the football team and he brings his football mindset and leadership to the court,” Nugent said. “A.J. is as competitive as any player I have coached. He raises the level of play of everyone that shares the court with him. Taj is a talented freshman. As a lead guard, he has the ability to set up others as well as score. He really understands the game and we are excited to see how he grows over the next four years.”

While the Hawks return all five starters, the team still is relatively young.

To find success, Hawken must attack on both ends of the court, be disruptive on defense and create scoring opportunities on the other end.

Most importantly, the Hawks must continue to work hard and jell as a team.

“We really want to keep building upon the foundation that was laid last season,” Nugent said. “Despite our record, we saw tremendous growth and progress throughout last season and that spilled into the offseason as well. We want to continue that momentum and focus on finishing games the best that we can.”