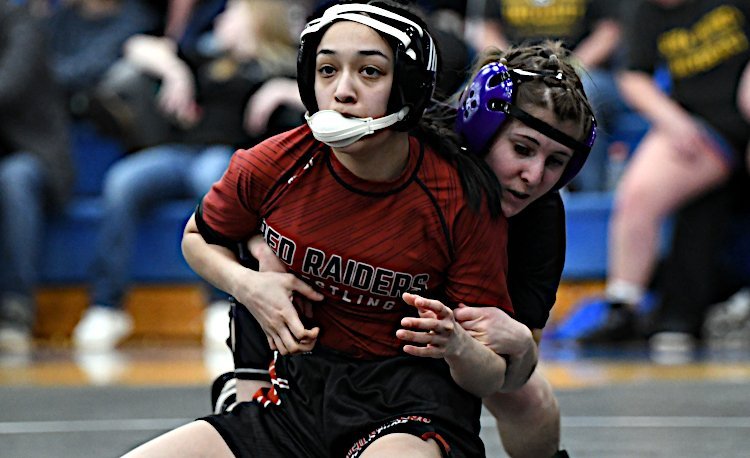 Herrera placed seventh at 100 pounds in her third straight trip to the state tournament. She opened the tournament with a loss to eventual state champion Makennah Craft of Jackson High School and then reeled off two straight wins to earn her All-Ohio finish.

After a defeat in the consolation quarterfinals, Herrera closed out the tournament with a pin of Reynoldsburg’s Summer Batts in the seventh-place match. Batts was up 11-4 in the third period when Herrera reversed her to her back and ended the match in 3:27.

Kerr placed fourth at 120 pounds in her third trip to state.

She opened the tournament with a 59-second pin then dropped into the consolation bracket with a loss to the eventual state runner-up in the quarterfinals round. Kerr used a major decision, and back-to-back decisions to advance to the third-place match. Washington Court House’s Lyndyn Gibbs ended her run with a second-period pin.

Willis made the most of her first state tournament appearance with an eighth-place finish at 170 pounds.

She opened the tournament with a major decision and then lost 8-5 in the quarterfinals to the wrestler who finished as the state runner-up. Willis went 1-2 in the consolation bracket to earn her spot on the podium.