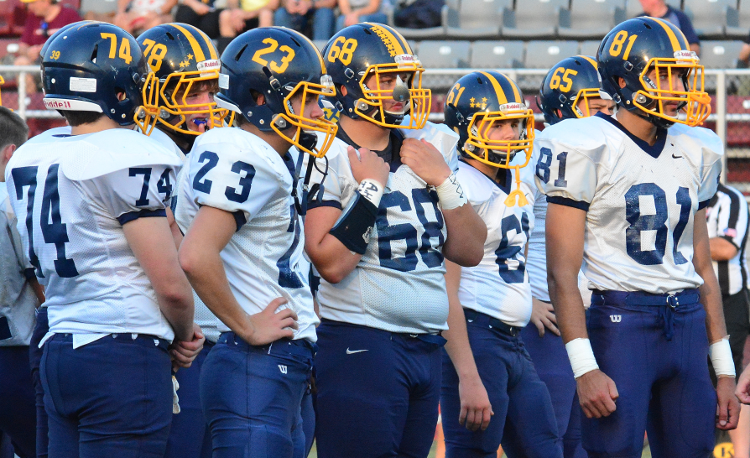 Mason Sullivan ran for two touchdowns to lead Kirtland to a 31-0 win over visiting Cuyahoga Heights on Friday.

With the win, the Hornets improved to 4-0 on the year and recorded their third shutout of the season.

“These kids have played four really solid games against four solid opponents,” Kirtland coach Tiger LaVerde said. “We are very excited about how the defense is hustling and tackling.”

The shutout was the first for the Hornets over the Redskins in the 24 head-to-head matches since 1999. Kirtland improved its record during that stretch to 14-10.

While the two previous shutouts in the rivalry belong to Cuyahoga Heights—both during the 2016 season when the Redskins reached the state championship game—Kirtland has limited the Redskins to seven points or less in four other games.

It took nearly the entire first quarter for the Hornets to break the scoreless tie.

Mike Rus then recovered a fumble at the Redskin 17 and Sullivan scored on a 10-yard run two plays later.

Liam Powers then connected with Gage Sullivan on a 42-yard pass that set up Anthony DeMarco’s 21-yard touchdown run on the first play of the second quarter.

DeMarco then intercepted a Cuyahoga Heights pass at the Kirtland 37, which led to Mason Sullivan’s 2-yard touchdown run that increased Kirtland’s lead to 20-0.

Nico Podojil-Schlesinger booted a 37-yard field goal with 3:35 left in the half to push that lead to 23-0 at the break.

Luke Gardner ran for a 37-yard touchdown to close out the scoring in the third quarter.

Mason Sullivan finished the night with 106 rushing yards on 16 carries. Gardner ran for 48 on seven carries.

Sam Shafer completed 10-of-21 passes for 68 yards for the Redskins, who finished the night with just 116 yards of offense.

Kirtland hosts Wickliffe in Week 5 while Cuyahoga Heights will get a visit from Brooklyn.