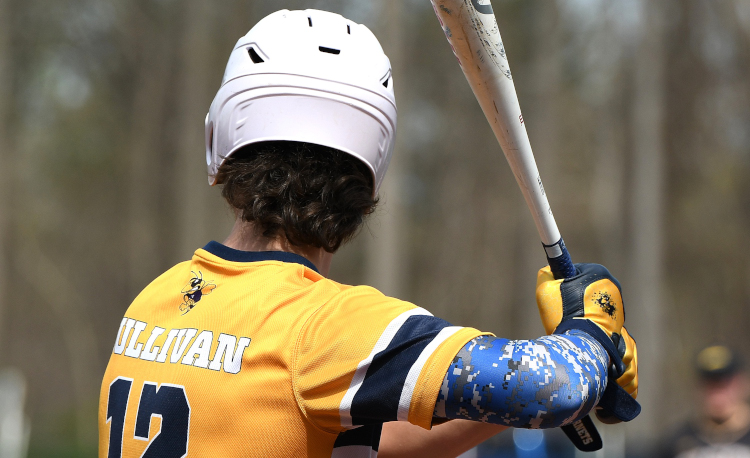 Kirtland manufactured a pair of runs in the bottom of the 10th inning to beat visiting Grand Valley in a key conference game on Monday, 2-1.

The visiting Mustangs scored one run on a wild pitch in the top of the 10th but the Hornets responded with a pair in the bottom half of the inning to improve to 8-2 overall and 5-0 in the Chagrin Valley Conference Valley Division.

“I’m very proud of our guys,” said Kirtland coach Luke Smrdel. “The fact they held in there after they scored a run, they came out and got the job done in the bottom of the 10th. It was a very well-played game by both teams. That’s the kind of game that prepares you for the postseason and it was great to see our guys respond to seeing them score there in the 10th.”

Both pitchers worked their way out of multiple jams throughout the game.

The Mustangs had two runners on in the top of the first with just one out but a couple of ground balls got the Hornets out of the inning. Grand Valley put at least one runner on base in six of the first nine innings.

Meanwhile, Kirtland moved runners into scoring position in three different innings but couldn’t get the clutch hit needed to push across a run.

Jackson reached base in the 10th on a one-out single and moved to second on D.J. Webb’s single. Dane Sparks then drew a walk to load the bases. Casey Turner then hit into a fielder’s choice as Kirtland third baseman Pierce Boyd fielded a groundball and threw home to his brother Mac for the second out of the inning.

Five pitches later, Webb scored on a wild pitch to give the Mustangs a 1-0 lead.

Now down 1-0, Mason Sullivan drew a leadoff walk in the bottom of the 10th. Pierce Boyd then reached on an error that put runners on the corners with no outs. Tommy Gogolin was inserted to run for Boyd and both runners moved up on a balk that tied the game at 1-1.

“Both teams played great all day and then you see a couple of little things happen in the 10th,” Smrdel said. “They needed to manufacture a run and they did and then we were able to manufacture one too. It’s crazy how the little things end up winning or losing a game. You can’t bank on those things but you hope something like that can happen and it did.”

With the winning run at second, Gage Sullivan hit a foul ball down the right field line. The ball was caught by the first baseman, who was running toward the fence with his back to home plate. That allowed Gogolin to tag up to third base.

Danny Davidson stepped to the plate with the winning run just 90 feet away.

Davidson was 2-for-4 at that point and confident he could put the ball in play.

“Knowing that I was making contact with the ball all game long, I felt really calm when I stepped to the plate,” Davidson said. “I knew I had to make up for my poor baserunning in the bottom of the seventh, so all I could think about was putting the ball in play. Ultimately, I wanted to win the game for my teammates who had worked hard all game long.”

Davidson roped a fastball in between Grand Valley’s third baseman and shortstop that scored Gogolin for the winning run.

“Going 3-for-4 is a huge confidence boost for me, especially because I have missed five games this season,” Davidson said. “I feel that I’m finally swinging the way I want and, not only does it boost my confidence, but it helps me stay calm in the box during clutch situations like today. Not only did today’s game boost my own confidence, but I think it boosts our team’s confidence as well because tight games early in the season prepare us for the road ahead, and I’m happy with the way my team persevered through being down late in a game.”

Davidson had three of Kirtland’s four hits. Mac Boyd collected the other.

Reese VanArnhem pitched the final two innings to earn the win. He allowed one run on three hits and struck out five.