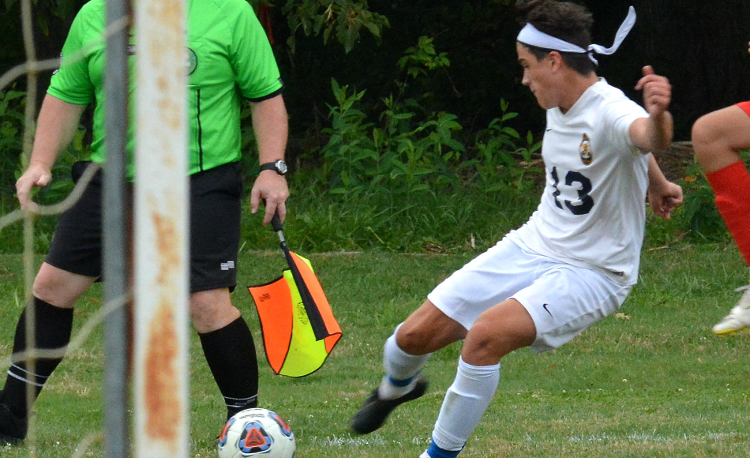 Peter Vukovic and Mario Rodin each scored goals in leading Kirtland to a 2-1 win over visiting Beachwood on Thursday.

The Hornets scored both of their goals in the second half. Beachwood also scored two goals in the final 40 but had one score erased due to an offside call.

“Beachwood was definitely ready and up for the game,” Kirtland coach John Valentic said. “They played aggressively and intelligently. We may have generated more chances and shots but took a long time to score. We were lucky that they got a goal called back due to an offside. Otherwise, the game would have been theirs to control.”

Vukovic chipped a Nico Podojil-Schlesinger pass over the top of Beachwood’s goalkeeper for his goal and Rodin punched in a deflection off his own shot for the game-winner.

“I was happy that all 16 players contributed in a meaningful way in a competitive game,” Valentic said. “We will need that all season.”

Beachwood’s Luke Bennett scored off of an assist from Seth Rosky.

Kirtland’s Tyler Banyasz finished with eight saves while Beachwood’s Jake Muencz recorded nine and Isaac Kantarovich also was credited with a save.

The Hornets improved to 2-0 overall while Beachwood dropped to 1-1.