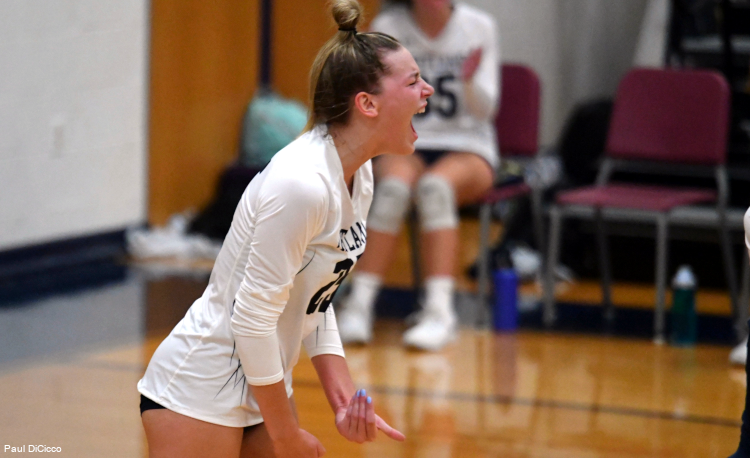 Kirtland’s volleyball team got off to a late start this season but it was worth the wait as the Hornets opened their season with a 3-0 sweep of visiting Berkshire on Tuesday.

“I was extremely happy because, given our circumstances of being off for two weeks, it’s almost like we had to restart with only two days of practice,” Kirtland coach Arlayna Newcomer said. “We came out really strong and I was really happy with the team.”

With several new faces in the lineup, Newcomer wasn’t sure what to expect in her second season, although she had a pretty good idea she could count on Stella DeJohn and Ava Golem, among others, to perform at a high level.

“To no surprise, Stella did pretty well,” Newcomer said. “She’s always a consistent force for us in the front row. It really was a team effort. Everyone did a really good job. We have a lot of new faces on the court and they all stepped up and did their part.”

Golem locked down the back row.

Last season, the Hornets defeated Chagrin Valley Conference rivals Berkshire and Cardinal in the same season for the first time since 2011.

This year, Kirtland has the chance to do it on back-to-back days as the Hornets host Cardinal on Wednesday.

“Right after the game, I told the girls to celebrate the win and thrive off of that,” Newcomer said. “I don’t want us looking back too much on anything but I think we can take that momentum and bring it into (Wednesday’s) game and I think we’re ready for it, especially after seeing them play.”